What Saved the Hostages in Recent Standoff with Dantzler? 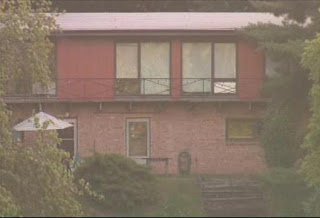 The Home where the standoff took place.
In the wake of the recent tragedy concerning 34-year-old Rodrick Dantzler much has been reported on. This deeply unfortunate event that has rocked the foundation of our community is certain to touch each of us in some way, to a lessor or greater degree. It is times like these that truly illustrate just how interconnected our community is. The degree of separation that each of us has from someone involved in this incident will probably prove to be surprisingly small, for me it has been but three tiny degrees.
-
My Saturday wrapped up much as it always does, teach from morning into late afternoon, go home, take a shower, wrap up some bookwork, take a quick power nap and then off to a Saturday night of socializing, while taking advantage of another incredible Michigan Summer. This week I ended up at a small pool get together on the West Side of Grand Rapids near Leonard and Covell. Things started as they usually do in similar social settings; small talk, beverages, laughter,  music, discussing past and future vacations, etc.  Then as it was destined to, the inevitable subject came up: The events of what had happened only a couple days prior regarding Rodrick Dantzler.
-
There was a rather interesting crew around that table at this time:  I, myself, working in the conflict resolution, leadership and tactical defense industry, the other people with whom I was sharing company were mainly employed in community mental health and child protective services. I think our respective positions made us tread even more lightly on the subject at hand, probably due to how close we all were to it and how recent the events occurred. Not to mention that some of us are asked by people to provide answers or to help make some sense of events like these. People often look to other "experts" to provide some reassurance on what to do, or for some sort of comfort and security. In situations like this I hesitate to make claims and/or provide answers. People are vulnerable in times of unrest and it is not good to jump to conclusions and even worse to spread those conclusions out as if they were undeniable truths. In my opinion this is not a good time for being up on a soapbox. To every ones credit, we were all choosing our words and opinions very carefully.
-
Just as the conversation gently cascaded toward Dantzler and what had happened, Holly, one of the gals at the table, dropped a bombshell. She told us that one of her friends was very close to one of the hostages who was in the house Dantzler at the time of his final standoff.  Holly went into detail on how these people handled the situation and how they treated Dantzler with empathy as they tried to calm him down and deescalate the situation as much as they could. The way they held it together under such adverse conditions sounded quite incredible. They were literally fighting for their lives. Dantzler had already killed seven people, shot an additional two, put countless people in jeopardy and was now cornered by the police, he could have just as well killed the hostages before killing himself.  Why did he choose to let these people go? Was the fact that those hostages left with their lives anything short of a miracle? Did keeping a cool head, attempting to de-escalate and show empathy to Dantzler save their lives? We can only speculate, but many experts like former Cold War conflict resolutionist  Dr. Robert Humphrey,  Resolution Group International's president Jack Hoban and the late Dr. George Thompson, creator of Verbal Judo, have all advocated how important staying calm, showing empathy and trying to de-escalate a conflict can increase ones chances of better resolving a crisis and provide an opportunity for a more peaceful conclusion.
-
Obviously, when dealing with a situation as volatile as the episode with Dantzler, nothing is guaranteed. As former negotiator Lt. Robert Zuniga points out in his recent interview regarding Dentzler's suicide, "There's people that study suicide, but the bottom line is I can't control what they do, nor can anybody else,” said Zuniga. “They're in control of their own destiny.”
-
As I think of the Dantzler's hostages my mind goes back to watching a training video during a Tac Com - Conflict Resolution certification program:


(The following is excerpt taken from a blog post from James Morganelli's kosshi blog site )
...we can see part of a table and chair against a wall inside a police interrogation room. A scruffy man is led in by a detective and seated in the chair. He looks forlorn. Dr. Thompson speaks up, "This guy is a cop killer," he points to the screen. All of us inside the darkened classroom turned theater silently acknowledge. The video plays on, the detective returns, handing the man a bottle of water, "Here you go, amigo." Thompson speaks again, "That just saved that detective's life."

The scruffy man opens the bottle methodically, takes a drink, the detective leaves. A moment passes. The scruffy man is thinking. He reaches under his shirt, produces a handgun, and shoots himself in the head. The detectives return, "Nobody shook him (searched him)." The video fades to black.

The man in the video (a known cop killer) could have shot the officer and then himself, he really had nothing to lose. Dr. Thompson believed that probably the only thing that save the officers life was because he still treated the man with dignity and respected his Life Value (even if the mans actions didn't necessarily constitute it).

When faced with such adverse circumstances we can not always dictate what happens to us, only how we respond to it. As psychiatrist, author and holocaust survivor, Viktor Frankl stated in his famous quote, "The last of human freedoms - the ability to choose ones attitude in a given set of circumstances."

The ability to chose ones attitude, may well have saved those hostages from being three more fatalities, rather than survivors, able to tell their tale.
-
My thoughts are with all of those impacted by last weeks events.
-
~Craig Gray
www.roninempowermentgroup.com
Posted by Craig Gray at 11:53 AM 1 comment: 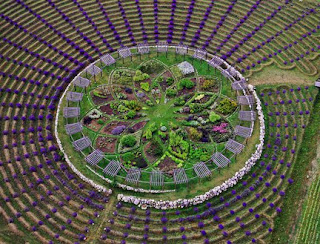 "Once upon a time I asked a wise man how he reconciles the religious tradition of the Indigenous, Native culture into which he was born with his affiliation with one of the three Abrahamic faiths. His response to me was, "Spirit is Spirit."... I did not know at the time that I also belong to an Indigenous, Native culture. Thanks to that same wise man, I know that now and have also come to understand that indeed, "Spirit is Spirit". I will always remember those words..."

~Corinne Clair Coughlin
w/some possible mysterious connection to a certain Mushtaq Ali Al Ansar, but one can never be sure =)