Showing posts from June, 2020
Show all

The Power of Raw & Unbridled Crowds 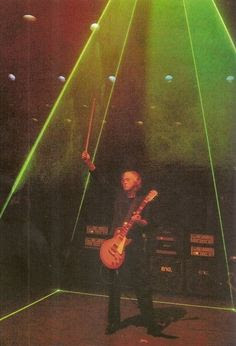 I remember my first real experience feeling the raw power and potential danger of a huge crowd.  You see, I was a huge Zepplin fan and like so many, I  was very sad that I missed the opportunity to ever see them live. They broke up when I was very young.  After Zep broke up each of the members went their different ways to form their own bands.  The year was 1985 and I finally had the opportunity to see Jimmy Page, Led Zeppelins former leader, producer and guitarist. At the time, he was playing with his band The Firm along w/Paul Rogers, Chris Slade and Tony Franklin. I was just 15 years old, I had the chance to see his band at Wings Stadium in Kalamazoo, Michigan. I went with a few friends. We were determined to be right up by the stage... Now you have to keep in mind that these were the days when general admission gave you access to front and center of the stage. That section was standing room only. If you got there early enough, were assertive enough and could stand your ground, you
Post a Comment
Read more 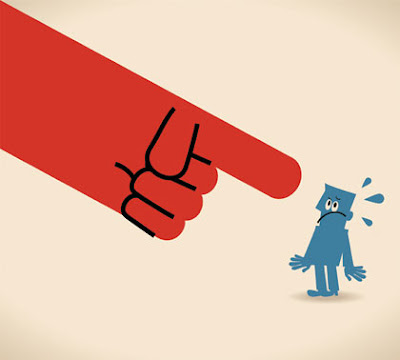 Bullies. They come in many many forms. Actually, the ones that you find on the playground beating up little kids are the easiest to spot. Now-a-days we have become way more sophisticated at this diabolical skill.  It's a power play, typically directed toward individuals and groups who appear to be easy targets. Often to those who relinquish their own power in submission to overt, thinly masked or tactics immersed entirely in subterfuge.   We have become very good at the bully game in every area of life: In our schools. At work. In person. Over the phone. On-line. In relationships. In our communities. In politics. In our culture. Basically anywhere people get together.  Many believe that by becoming less physically violent, we have grown into a kinder, gentler society... And to a large degree I believe we have. However... And this is a pretty big however. It hasn't gone away. Bullying is still here and it's a sophisticated and equally toxic game.  It comes in many forms: Phy
Post a Comment
Read more

Change the World One Coffee at a Time 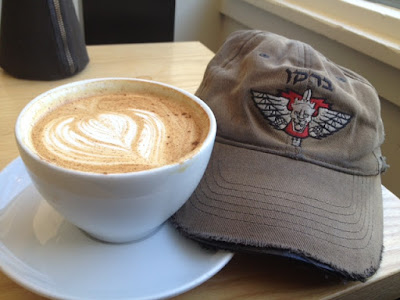 With everything that is going on right now many people are feeling overwhelmed and stressed. Some folks feel like they are out there making a difference. Others feel not only less connected with what's going on, but feel less connected with the people around them, including family and friends. We have to be careful not to get so caught up into the current of things that we set aside our relationships. Be it old or new. Family or friend. Colleague or client. Employee or Employer.  Entrenching yourself in social media can make you feel less connected and more agitated. It's good to step out of that and get some face to face connection. Heck, getting together on facetime, skipe or zoom is better than being a keyboard recluse.  Politics and special interest groups are weighing in heavily right now. There are many people choosing sides, who were once more moderate. But don't forget the other side of things... The human side. The relationship side.  Connection helps to reduce the
Post a Comment
Read more

I was poised to go down a number of roads regarding all of the happenings of today, but. rather I decided to go down another path... One of...  Simplicity. There are a lot of political and special interest group agendas out there right now. They're mixing in with emotions and other causes. So much so, it resembles a swarm of (murder) hornets, they have people confused and afraid of being stung. This swarm is so thick that even with clarity it's hard to see straight. Like a lighthouse on a really really foggy night. It's still hard see the light that will prevent your ship from crashing on the rocks.  Organizations hoisting flags and riding on waves of popularity that can conceal other intentions some just off base others intentionally manipulative.  Which side?  Both really... Too bad that many are viewing things from  'this'  or  'that'  side... But here we are again! I've Had Enough! But, rather than yell louder, I'm going to do what my grandma use
Post a Comment
Read more

Silence In the Static 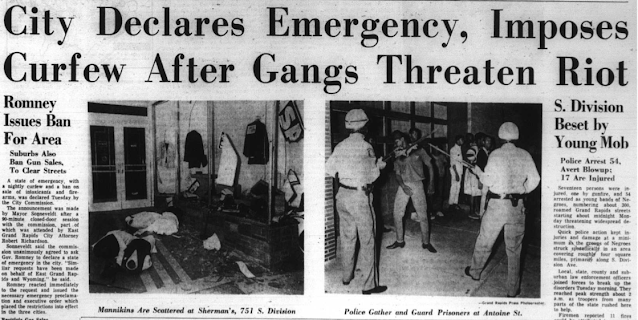 1967 Riots in Grand Rapids, MI I don't need to tell you there's a lot going on right now.  I've been pretty withdrawn about saying much, not to mention sending any emails out. Like you, I too have felt rather overwhelmed by circumstance lately!  The last week or so I don't know if I'll be waking up in the late sixties, the great depression or in a sci-fi zombie apocalypse movie... It's looking like all three! (Bring on the murder hornets! Lol) No doubt we're all feeling it. I'm sure the pandemic and economic situation that we're going through contributed to the flash point we hit regarding George Floyd's death.  Our country has been struggling with these issues for a long, long time.  See, This Is Why... I have remained silent...  I have so much running through my head right now, I could literally write for hours... Or not at all. I hesitate so things can settle a bit before I write something down and hit that send button... There's enough st
Post a Comment
Read more
More posts