Showing posts from July, 2016
Show all

While Running by Mark Nepo 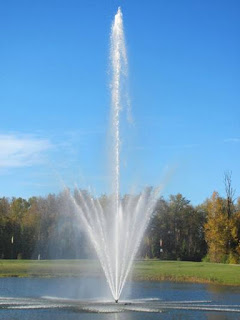 To see takes time. ~Georgia O'Keeffe While running in May, I saw a neatly trimmed hedge, and sprouting briskly through its symmetry were scraggly blue flowers wildly obeying no form. It made me smile, for I have spent many years resisting being pruned and shaped. I loved how the wild blue just hung there above the hedge. While running in June, I say an older man put pruning that hedge. He was so involved: Clipping gingerly, then backing up, sweating through his eye, as if the world depended on his diligence. I was touched by his care. We nodded briefly, and without a word, it was clear that it wasn't the hedge, but that he needed something to care for.  While running in August, I came upon a slim fountain gushing from an unseeable center, as high as it could, reaching without arms until it ran out of reach, and at its closest to the sky, it began to fall back on itself; always what was rising up replacing what was falling away. Sweating and heaving, I real
Post a Comment
Read more

I Used To Be Indecisive 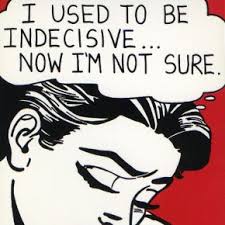 When new opportunities come along in life one of the key challenges is keeping your life in balance. It's easy to bite off more than you can chew or to do things that aren't taking you in the direction that you really want to go. Here are some questions to ask yourself when you are deciding to take on a new commitment: What's exciting about this new opportunity? What makes it worth pursuing? What concerns do you have about this?  What will I have to sacrifice to do this? What's the cost? How does this align with your bigger purpose?  What will you likely have to give up in place of this new pursuit? Where does the motivation to do this come from? Internal or external motivation? When is the the right time to pursue this? Now or should you wait? If so when? How will this decision affect your life and the life of those around you (family, friends, partners, coworkers, clients, students, etc) now and in the future? What would happen if you decided NOT to d
Post a Comment
Read more

Our deepest fear is not that we are inadequate.  Our deepest fear is that we are powerful beyond measure.  It is our light, not our darkness that most frightens us.  We ask ourselves, Who am I to be brilliant, gorgeous, talented, fabulous?  Actually, who are you not to be? You are a child of God. Your playing small does not serve the world. There is nothing enlightened about shrinking so that other people will not feel insecure around you. We are all meant to shine, as children do. We were born to make manifest the glory of God that is within us. It is not just in some of us; it is in everyone and as we let our own light shine, we unconsciously give others permission to do the same. As we are liberated from our own fear, our presence automatically liberates others.  ~ Marianne Williamson
Post a Comment
Read more

Although this post talks about a circumstance regarding martial arts, it is applicable to many other areas of life as well.  After our last Krav Maga testing class we were "talking around the campfire" as we always do and I said something could have been taken as biased, uninspiring and untrue. Craig, you managed to put your foot in your mouth again. I know you all are on the edge of your seats wondering what I said. Well, we were talking about instructors and leadership, so I shared my perspective with the group which may have been taken that I didn't think that (martial arts) instructors under 40 were as good or qualified as those who were that age or older. After thinking about how that may have come across (especially to the people who were under forty in the room), I want to clarify. I remember a not so inspiring instructor meeting twenty five or so years ago, when I was a young instructor in my early 20's.  The head of an organization I belonged to
1 comment
Read more
More posts