It's Been a While... Footnotes from the Ronin! 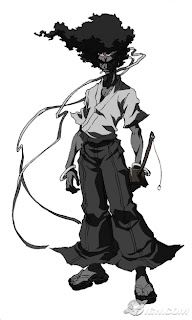 Often people attempt to live their lives backwards;
they try to have more things, or more money, in
order to do more of what they want, so they will be happier.
The way it actually works is the reverse.
You must first be who you really are, then do what you need
to do, in order to have what you want.
~Margaret Young
It's been a couple months since I've written, so I thought I'd jot down a few thoughts. I've been really busy lately, fortunately all good things! My work with The PeaceWalker Project, Resolution Group International, Ronin Empowerment Group and of course Ronin Krav Maga all have been keeping me rather busy. Not to mention my meager college class load that I am able to scratch out as I try to finish my degree in ethno-history. I'll probably be eighty years old before that bad dog is finally done!
I have all of you to thank regarding how my path has developed and keeps moving forward. I appreciate everyone who has written, attended seminars, come to classes, mentored me, listened, spoke, confided, or just simply quietly read my words. Each of you have made a contribution to my path in your own way!
This month marks the second year I have been out of Corporate America! Yes, it was just two years ago that I came back from Buyu Camp to get called into my bosses office and in short order fired, downsized, rightsized, let go, laid off, kicked to the curb, liberated, freed... etc. =)
For whatever reason it didn't come to me as a surprise, being that I had only been with the company for a year, I was the new kid on the block so to speak. With the economy as it was back in 2009 (kinda like now only less certainty), my struggling sales numbers and the companies lay offs, it was no wonder about their decision to let me fly. Funny, I went from one of the top sales reps in the nation only a few years prior (with another company I had been with for collectively 10ish years) to trying some other opportunities that hadn't worked out as well as I had planned. The transition had been many years in the making. Although my exit strategy didn't go down exactly as planned, when the end came, I welcomed the opportunity.
I have no hard feelings with that former employer, they run a solid business and were professional how they handled the situation. It was simply time to part ways. (So, don't worry E.L. I'm not out gunning for you buddy, all is well!  =)


I was planning on making my exodus out of the rat race known as corporate sales, only I was thinking I would have more time to wrap up some of my other businesses. I was thinking that I would slide out of things about two years later than what actually happened.

In 2007 I had started my education back up at college seeking another degree (history). My plans were going in the direction of teaching at the college level (of which they still are), knowing things may change along the way, but I knew I needed to leave the corporate world behind before it sucked the rest of my soul dry of every ounce of sanity, happiness and self respect that was left. Trust me, after almost 20 years of playing the corporate game there was little left of it. I am still undoing many habits that I picked up through the years of trying to be everything to everyone. Solidifying that next sale, killing myself to ensure insane deadlines, negotiating unrealistic deals or resolving conflicts with people who had entitlement issues and little tolerance for what a win/win situation really looks like beyond their own perceived needs, created some behavioral scars that are taking some time to fade. I have a good idea that many of you out there can relate!?
Now, I don't want to come across that life was all doom and gloom in those days, because it wasn't, I met a lot of great people, built many good relationships & connections (many of which I still enjoy today!). I had a lot of good times and learned a lot of things that are serving me well now, however words cannot express my relief as to not being in that profession any longer. Those days seem a lifetime ago, now some day's are so surreal that I have to pinch myself to see if I'm dreaming!

I sometimes see people who I haven't seen since my migration into what I am currently doing and they'll ask, "So, what's going on with you?" I really can't begin to describe to Biff & Muffy what's been happening in my life without going to a local pub for a few hours (& beers) and commence sharing a journey no less important than that of Marco Polo's account of his travels through the Khan's Mongolian Empire, and no less fantastical! Ok, so that last statement might be a little over the top, however when this discussion comes up, many people just look at me and get that deer in the headlights look as they try to put together why I, in their eyes, gave up the "American Dream," of a career, stuff, wining, dining, trendy people, cool cocktail parties, shaking and moving, a cool downtown loft condo (not to mention the entire building!), the cover of the Business Journal, Grand Rapids Magazine, etc. etc. I used to be a top sales rep making great money for god's sake!! All gone! ...and frankly, good riddance.
Once the ball was rolling in that direction (which was out of the corporate scene), I couldn't look back. I downsized my life and swore off going back into the fire. In the beginning I figured I'd go back to bar tending, security, executive protection, or whatever else I had to do to A) get to school full time and B) not have to go back to the corporate grind.
Once again my plans didn't exactly go as I expected. My other life long endeavors of martial arts, woman's assault prevention, empowerment, leadership and conflict management courses were all ramping up to the point that I was beginning to make a livable wage from them. Now don't confuse, no longer could I afford my corporate lifestyle, however, I am inspired every morning and I am doing things that matter, not only to me but to those around me. The ripple effect is already being spread far and wide, and as more people get involved, it is only getting better!
The life I once had lived was becoming more and more of a distant memory. The momentum that I am still building is quite inspiring.  It came at a time that I wouldn't have expected it, but I was on the cusp and took a chance. I figure, "What the hell, GO FOR IT!" ...and that is exactly what I have been doing AND loving every minute of it! I love what I do. Of course nothing is without its challenges, however, the rewards have far outweighed the risks, and so far so good. I believe I have heaven and earth on my side... and if I don't, shhhhhh, don't tell'em and maybe no one will be the wiser!
I don't know where my ship will end up, but I like the way the wind has filled my sails so far!
Some of my goals when I set out on this journey, were to do things that inspired me, work with more people who I enjoyed working with and make a difference that was deeper than simply making money (whether putting it in someone else's pocket or my own). Life it TOO short, damn it people wake up!  If you are not inspired with your life, then  do something different with it! Things will have to change though! The bigger your dreams, the bigger the change, however things can change, over time, not over night! Most will give up before they break through, or they justify their misery as their stuff owns them.
I am amazed at how many of you I hear from who want to follow their dreams as well. Many have contacted me already to be a part of the PeaceWalker Project or Her Survival Guide in some way. In response to that, stay tuned, there are many things in the works and opportunities on the horizon!
Thanks to all of you for what you have done, will do and what will transpire in the future! Hang on, it's going to be one hell of a ride!
Talk to you soon.
All the best,
~Craig