Before Self Defense by Moshe Katz 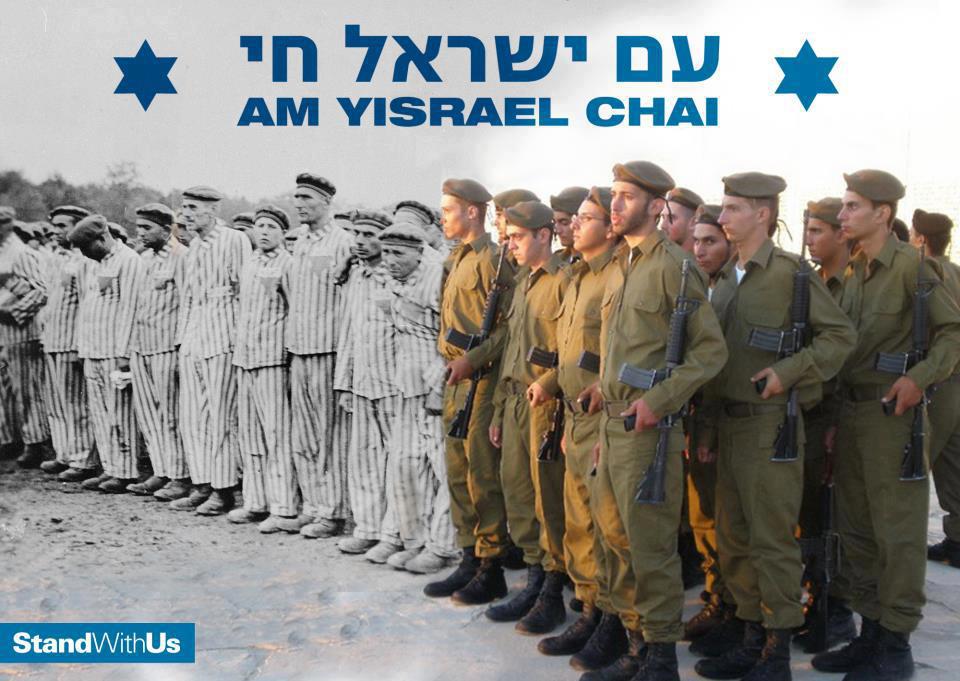 I write these words as "Holocaust Day" (Yom HaShoa) is winding down in Israel. On this day Jews and humanitarians all over the world take a day to remember, reflect and honor. We think back to those dark days of World War Two when the Germans were fighting two wars; one against the Allies and the other against the Jews. Of the two the Germans placed priority on the War against the Jews.
~
But the Germans were not alone. In nearly every country where they set their boots they found willing allies; people filled with hatred who had been longing for this day. Their job was made much easier, and in fact it was made possible, by the eager help of their allies. Even in countries where the Germans were viewed as an enemy and an occupation force, they found willing executioners.
~
The Allied powers as well cannot be totally exempt from blame, for they too were guilty of much. (and this alone can, and has, filled volumes).
~
But in all this, in all this hell, in all this inhumanity, there were shinning lights of humanity. There were people, thousands of them, who risked their lives and the lives of their families to help Jews. And it is to these people that tens of thousands of Jews today owe their very existence.
~
Today is a great television day in Israel, round the clock Holocaust programming. I happened to catch two films, one about Irene Sendler, a Polish woman, a Righteous gentile, who risked her life to save 2,500 Jews. Even after nearly being killed and being forced to go into hiding, she continued her activities on behalf of Jews.
~
The other film was about Kurt Gerstein, an SS officer who tried to warn the world about what was really happening in the Third Reich and in Poland. He risked his life to try and warn the Pope about what he had seen in the Death Camps.
In the case of Irene Sendler, and countless others, we know that they eventually suffered terribly at the hands of the Nazis. We know they were tortured but never revealed their secrets. Some took their secrets to their deaths rather than betray others.
~

Miep Gies, the Netherlands, who helped hide Anne Frank, her family and several other Jews.

Kurt Gerstein, Germany. SS officer who tried to warn the world, including the Pope, but was ignored.
~
In 1945 he turned himself in to the Allies. He was found dead in prison under mysterious circumstances. The report he wrote helped confirm to the world the details of the Nazi extermination plan, "The Final Solution". Even early in his career he openly expressed his opposition to Nazi rule.
He truly believed that if people knew the truth about the death camps then the extermination would stop. He risked his life trying to change the fate of the doomed.
~
~
And I look, and I think; who were these people; Irene Sender, Miep Gies (who helped Anne Frank) and so many others. Who were they?
~
Were they the type we see in action films? (usually starring Arnold Schwarzenegger, Bruce Willis, Jean Claude Van Damme or Sylvester Stallone)?
~
No, not at all, many of these were women, petite and untrained in any combatives or martial arts. What they had was spirit and courage. The had something inside that defied the greatest war machine of all time; they had a heart that cared and was willing to act. And when they were caught they revealed such strength that even the most brutal and sadistic Nazis could not break them. These women had an invisible strength that could not be broken with any physical means.
How does this relate to Krav Maga and what can we learn from these great souls?
~
When someone comes to me for training and their stated goal is self preservation, I must take this to heart. I have come to learn that all the techniques in the world are useless unless a person has a mindset to fight back. Irene Sendler fought back.
~
Before Self Defense there must be resolve, before self defense there must be a spirit in your heart that says "I will not give in to tyranny", before self defense there must be unbendable will; the will to live, the will to be free.
Before self defense there was be moral courage.
~
When I was being tested for brown belt I had to go through my own minor hell. It was the most difficult challenge of my life at that point, my physical powers were depleted. But I kept going, I simply refused to give up. When it was all over my teacher said to me,"I was not testing your technique, I was testing your will to survive."
Perhaps some of our people survived by luck, or by chance. Perhaps some survived by their wits or connections. But some survived by their incredible desire to live, to hang on one more day, to take one more step, to breath one more breath of life.
~

On Holocaust Day, when we stop and remember, when we honor the martyrs and the rescuers, we must also learn. We must learn from those like Irene Sendler who stood up to tyranny, from Kurt Gerstein who tried to contact even the Pope. We must learn that before any action can be taken there must be a courageous heart.
~
And I heard a still small voice...