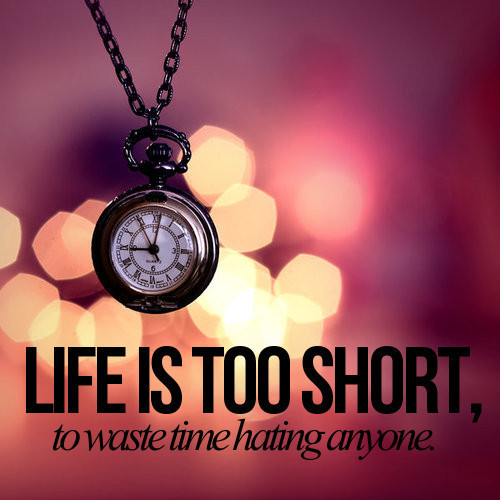 Approaching conflict management, violence prevention, risk management, self defense, personal empowerment etc. is really about inclusiveness rather than exclusiveness. You might be thinking "what do you mean inclusive vs. exclusive?" "What does that have to do with conflict management, and violence prevention?" Well, for starters, we typically treat people differently if they are in our "in group." People we identify with we tend to treat differently than people who we view as being different. Why? Because we may feel threatened at some level. This may be obvious or it may not be. Think how in history we have treated diverse groups of people differently than the group that we were in. Think of how African Americans were treated, or Native Americans, or women. Jim Crow Laws (which imposed unconstitutional acts on African Americans) were in effect well into the 20th century, 100 years after abolishing legalized slavery. Why is it that even today women are statistically paid less than men, even with the same amount of education and experience? How is this not excluding other people and groups from a Universal Ethic of showing equal respect and life value? Would the average American like their young child, niece, or nephew working long hours in unsafe conditions for pennies per hour? Our social laws now forbid such things, yet everyday millions of Americans shop at stores where goods are purchased at lower prices due to supporting manufacturers who embrace this treatment of their workers overseas. Is this an Ethic that is showing Universal Life Value, Protection and Respect to others...ALL others?

So once again, what am I talking about regarding this idea of inclusiveness vs. exclusiveness to everyone and still protect oneself and others? How can this be? The real question is how can it NOT be this way? How can we protect self and others without embracing this idea of inclusiveness for the life value of another? Let's face it, as ethics expert Jack Hoban says, we were not all created equal in anything but our Life Value. Some people are smarter than others, some have more money, some are taller, or better looking, or have better attitudes, but do any of those things make someones life any less valuable than another? Would any of those things make you want to defend your own life or the life of those you love any less? How can we resolve conflict and TRULY protect self and others if we are acting out against those we are excluding from our ethical ideals? This is why we must recognize the universal ethic to value, protect and respect life. What life? Self and others. What others? All others. Even those who we don't agree with, even the person we are arresting and bringing to justice, even the child we are disciplining, or the enemy we engaged with and may even have to kill in the line of duty to protect others. It sounds ridiculous, but the Universal Ethic is about protecting EVERYONE'S life, even that of those who aren't like you,  those who you disagree with you, who you don't like, even and especially those who are viewed as the enemy. The Universal Ethic or Universal Value is about respecting and protecting ALL LIFE.

So you may be thinking, "Ok this philosophical huggy touchy stuff is great in theory, but there are a lot of people in the world who are dangerous and don't have any problem hurting or killing others, so what do I do about them? I can't just not defend myself, those I love or were sworn to protect against people like that."

The answer is: You're right! The idea of embracing a Universal Ethic or Value system is not to simply lay down and become the victim of those who can justify killing, hurting or disrespecting others. The idea is to value life and embrace a protector / defender ethos. Only harming to protect. Trying for the Most Good / Least Harm in every situation. Yes, that may include detaining, disciplining, firing, hurting or even killing the other person if necessary, but only as a last resort. The idea is to protect life.

The only justifiable reason to take a life would be to protect life. It sounds simple, yet it is far from easy. Mankind has justified killing ever since the beginning of our time here on earth. The justification makes the act of killing more palatable psychologically and culturally, however the ramification of the violence and disregard for life cuts deeply into the individual and culture. We dehumanize the threat to justify the act of violence towards it.


"We hate that which we fear"
~William Shakespeare

Understanding that it hurts us to hurt others even if we don't directly feel or see it is an important concept to comprehend. Think of how you felt when your child, significant other or friend was hurt by someone, how did you feel? Did you feel hurt too? Has YOUR favorite sports team ever lost in a competition? How does that make you feel? Do you remember the attack in Manhattan on 9/11? What did that do to your emotional state? What did most people want to do after that attack?

We are all protectors & defenders at heart, we have to be. The fact that there are about 7 Billion of us here on the planet is a great example that we have more of an inclination to get along rather than kill each other. As a matter of fact diversity makes us stronger genetically, culturally and socially. You may be a great doctor, where as I am a good mechanic, Ahmed down the street is a world renowned physicist and Latisha is an computer programming genius. The world is filled with countless people who have diverse skill sets that make this planet a better, safer, more interesting and fulfilling place to live! The important part is that in order to take advantage of our diversity of skill and perspective we have to GET ALONG and NOT kill one another!

Value, protect and respect EVERYONE'S life. Self and others. What others? ALL OTHERS!

We often feel threatened. Sometimes its a real threat, often it isn't. Our confidence as individuals AND as a society greatly contributes to our ability to discern a true threat from a perceived threat; it also contributes to how we will deal with the threat.

When we feel threatened  we begin posturing to defend our self. We do this psychologically, emotionally, verbally and physically. We begin separating and dehumanizing the threat from ourselves so we can damage it if necessary.  We begin to recognize differences. The most obvious are usually the first to be identified.

The next time you are out of your comfort zone or are feeling angry or threatened, try embracing a sense of empathy toward the person or group that you are holding the feeling against.

Here is a brief exercise that I like from personal development expert Harry Palmer regarding Compassion: