Martial "Way," not Martial "What" by James Morganelli 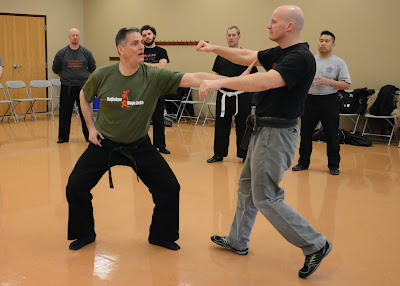 We had our annual visit from Jack Hoban recently. He normally comes into Chicagoland for two things, well, three: The ILEETA (International Law Enforcement Educators and Trainer's Association) conference, where he presents the "Ethical Protector" mindset to trainers from around the world, a Bujinkan seminar, and steak. The best we've had is at Keefer's, but as they were closed, Mastro's filled in nicely.

In presenting the Ethical Protector, Jack is both lecturer and coach. He talks some and then gets butts out of seats to get physical. It's at this point things get confusing, even for law enforcement veterans. 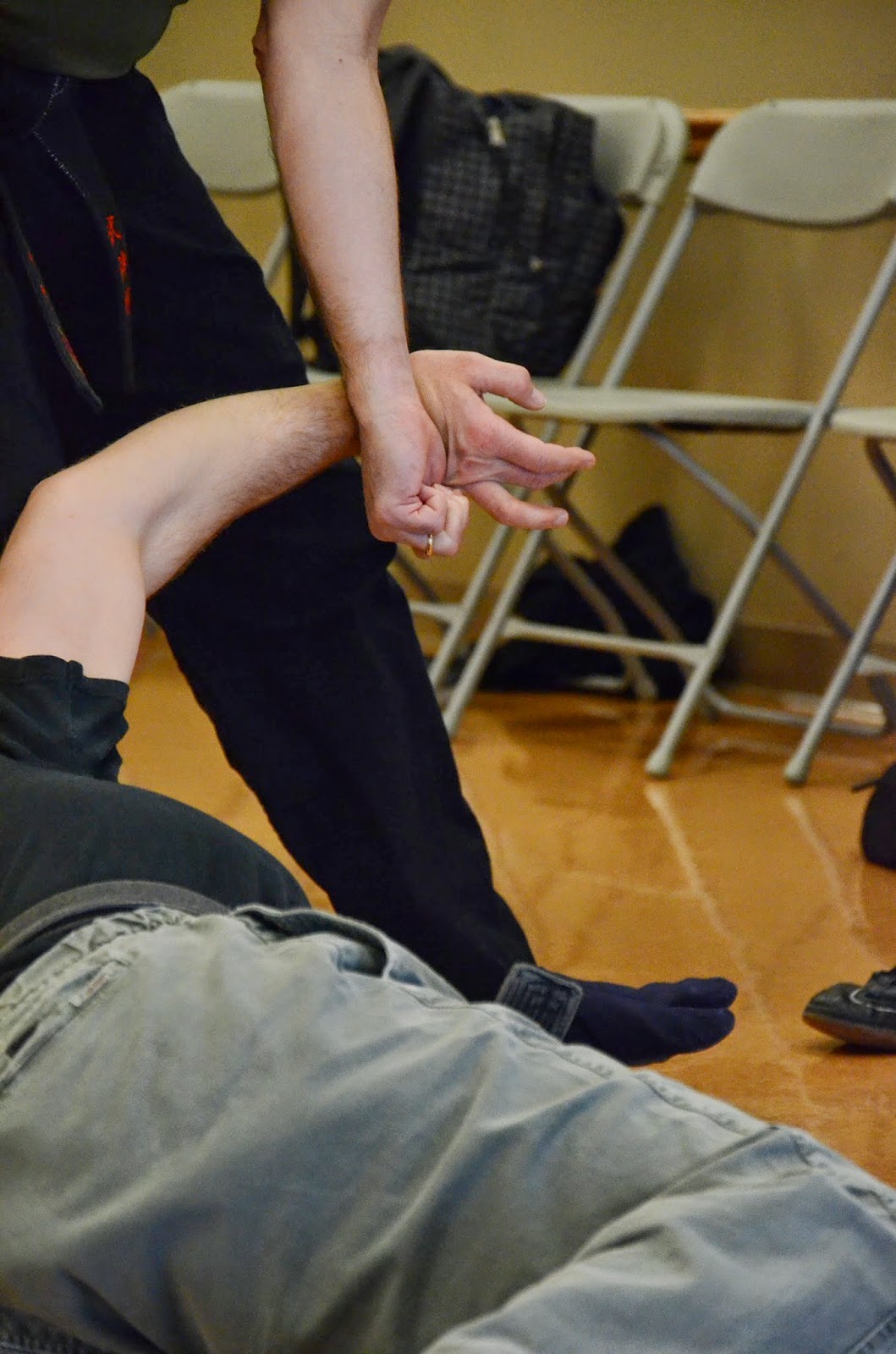 There's something about maneuvering tactically that many folks don't grasp or appreciate. It's by far the most difficult concept to communicate, even though it's also the most intrinsic and important.

But this is grist for a larger post (some other time). My point here is in highlighting the difference between training a "technique" and a "method" approach.

When teaching different groups it's clear which of these wins out: Folks are utterly fascinated with techniques to the tune of blah, blah, blah: "What do I do against a punch?" "What if they kick?" "Can I show him his own beating heart before I kill him?" The blah-blah-ers will always want to know the secret Mitsukoshi Flying Demon attack rather than some dusty, old method, even if that method is the key to everything else. Folks are funny that way. 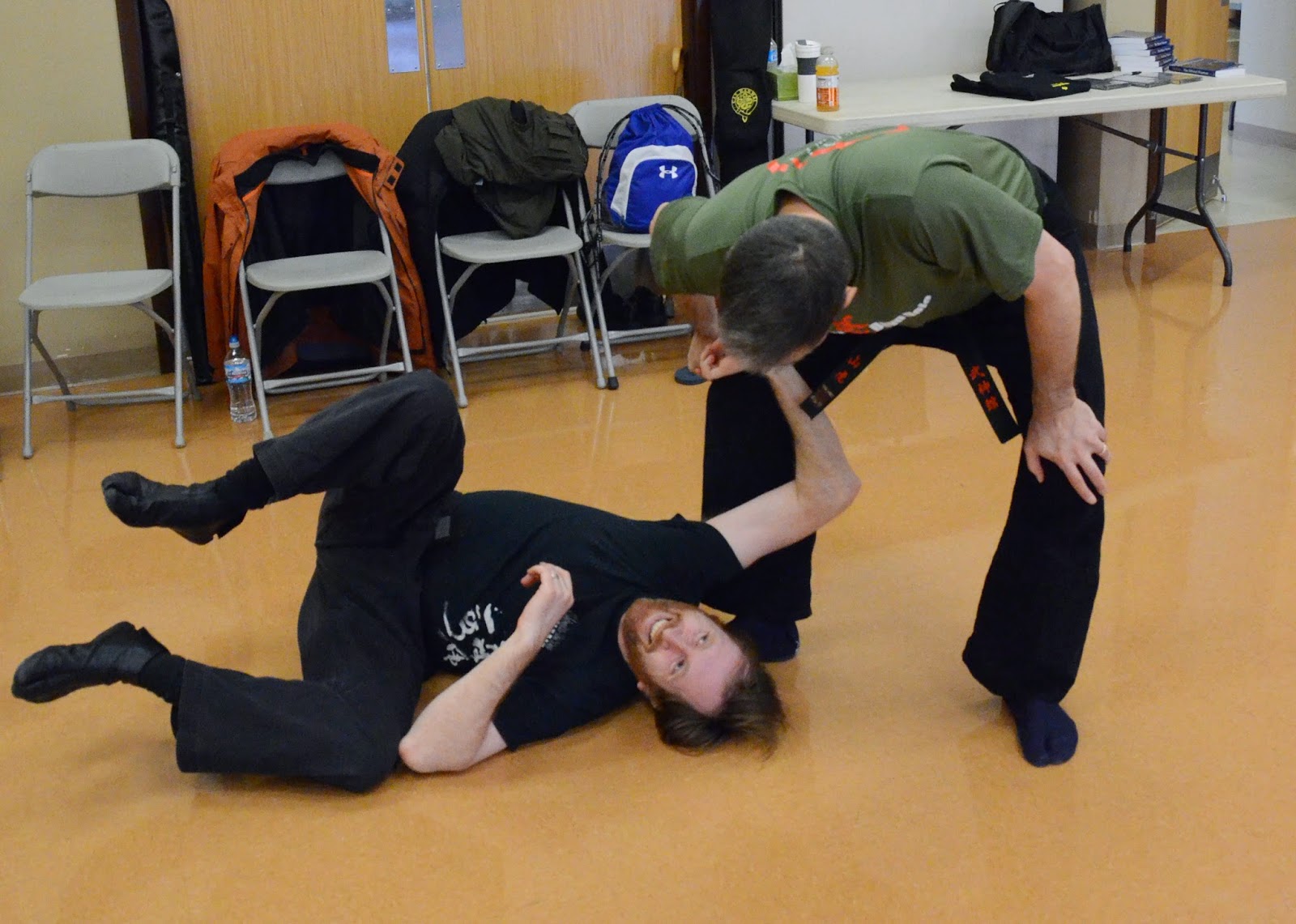 It's easy to see why: Techniques detail WHAT you are going to do. First, you do THIS, then you do THAT. But here's the problem: It may not even help, even if you do THIS then THAT 10,000 times. The reasoning here is simple: Sole reliance on THIS then THAT 10,000 times, presents 10,000 opportunities to instill reactive movements without regard to vulnerabilities in the form of potentially deadly tactical consequences.

It's what happens when you train techniques in a sterile box, outside of any relational context. Contradictory, but true none the less: One can actually train themselves to deny their own use of THIS then THAT, accounting, at least partially, for the dissonance many long-time martial artists (and Police officers) palpably feel from the training mat to the Tasty-Freeze parking lot afterwards.

Recently we had a fellow drop in for training. Nice guy. He told me he was a black belt in several different arts and had been training for 26 years. I believed him. I believed him because of the way he held himself, his manner, and his demeanor. I watched how he approached, made contact, spoke, and comported himself. He shook my hand firmly and looked me in the eye. And so, I took him at his word. From these small details I could tell he was a guy who had extensive training. He then proceeded to get on the floor with us, bringing along his 26 years of training, and be all but useless.

It became clear later that the only reason he had shown up was to see our technique. That was it. That was all he was interested in. It wasn't about what our perspective offered him, it was all about the technique. Now, had he been able to actually identify any technique, he could have then gotten his expert on, saying, "Yes, interesting. But our technique is like this!" It gave me the distinct feeling of being "auditioned" for comparison. What a shame he didn't find any techniques, he could have at least left satisfied, which he did not - he left confused and never came back.

Jack often speaks about these various aspects through this same kind of ideology - a method point of view. And the same is true when he speaks about ethics. Ethics is not some THIS then THAT which you either know or do not - "Know this point and you will be ethical." That's a lot like saying, "Know this technique and it will save your life." Hogwash!


Training has to do with the WAY we habituate the alignment between internal body dynamics and external ethical/tactical space, to be able to apply WHATever kind of knowledge or information (technique) we have been taught, learned, or discovered, within any given context. Which is why technique alone does us no good. In fact, it could very well work against us, doing the opposite of what we hope and want it to do. A lot like this cop found out. [Note: This is not the time to find out.] 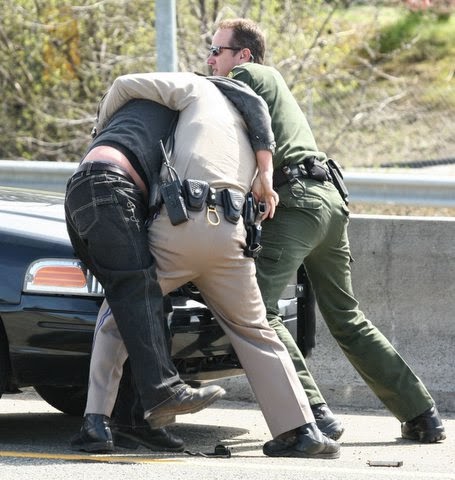 The WHAT part, the knowledge part - the technique - is always added at the end, like the vocabulary of language. We have to first organize and align these various words and especially the manner with which we utilize them - their cadence and tone - to formulate and apply them to the concepts or thoughts we are trying to articulate and communicate. This speaks to how well we truly understand their capacity for use. Were we to reverse the process and simply yell these individual words out in conversation, no one would rightly comprehend us no matter how cool the word was. 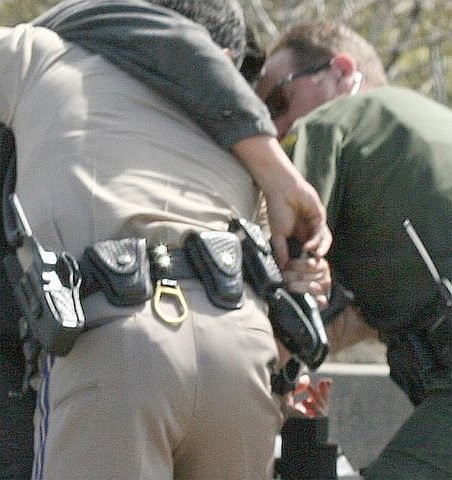 So, what's needed is a method - a WAY - to orient the use of THIS then THAT to clearly demonstrate how one applies them under given circumstances. Cars don't drive themselves - techniques on their own don't work. They must always be controlled, directed, operated by some form of discernment. This is so we don't crash.

In any car there is the brake and gas pedals which are pressed to activate control of the car to stop and to go. But it's the "feel" of the operation of the car that allows one to discern when and how the brake and gas pedals are actually applied. In a snowstorm, one does not simply jam on the brake, lest one windup with the driver behind you as a passenger.
So, we learn how to drive defensively - mindful of other drivers and conditions around us. And not just drive defensively in any car, but most especially, in yours, because yours is the car you drive. Just like your own body.

It's the method that's of true value. The method will always show us the "way" that the "what" needs to be done. Written by james morganelli