And ONE Technique to Rule them All...

Who doesn't want ONE thing to answer all of their woes? In martial arts I hear it all the time, people looking for that ONE technique that will be The Answer to every threat they come across. However this quest is not only isolated to the martial arts world, oh no, this search has been capitalized on and exploited for as long as there has been someone around to believe it.

The ONE may be called by other names, like The Best, The Only, The Greatest or (one of my favorites), The True! 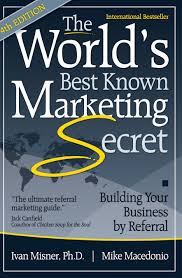 No, I am not going to start a big debate about politics, religion, or martial arts. I just want to make a point on how we often seek simple, black and white answers to life's not so black and white, simple, but not easy reality.

People often look for that ONE absolute answer to their questions and when they think they found "IT" they believe that it is their and everyone else's only true answer as well. ...and then the real "fun" begins!  Or rather the conflict, the disrespect, the violence (be it emotional, psychological, verbal, physical), followed by the justification for that violence!


Understanding that there usually isn't just ONE way to see or do pretty much anything can be a hard pill to swallow. Simple, not easy.

To find Truth seek similarity, not difference.
Look not at outward stylistic separateness, but at the inward principle sameness.
Understand the Core... the Why... the principles that make the manifestation.
Recognize difference, but seek similarity.
The embodiment of truth comes in many forms.
The word of truth translates into many languages.
Although outer appearances may differ, look deeper and you shall see the Truth.

What is that deeper Truth? Is there something that is universal? Some would say LIFE. Does "IT" respect and protect LIFE? Your life - everyone's life? Most good, least harm? If "IT" does we might be on the right track.

Something for all of us to think about.