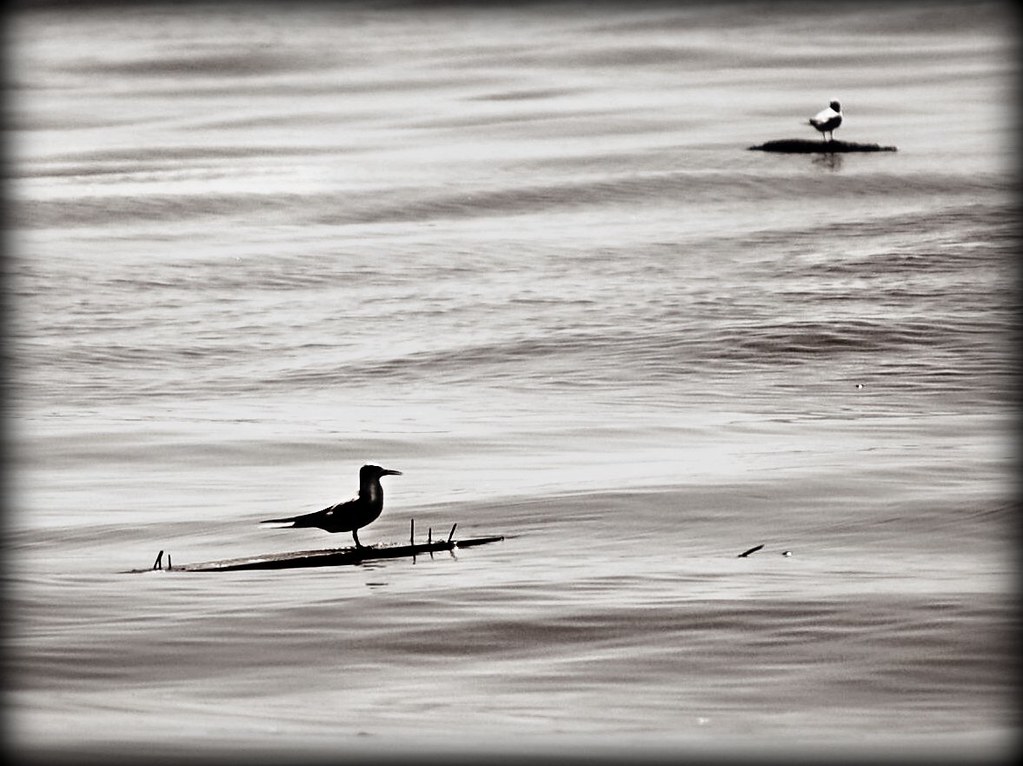 It was a hot summer day a few weeks after my 14th birthday. I was out with my mom, dad,  brother, and a few friends. We were a few mile out from shore off from Grand Haven on Lake Michigan. It was late in the afternoon and we were done fishing. Dad asked if anyone wanted to dive in for a quick swim before we headed back to get something to eat? I took off my shirt and dove right in. The cool water felt good on the hot day.

The lake started out fine, but within the hour the winds picked up pretty dramatically and the waves were starting to get choppy. I was big for my age and a strong swimmer, but I had ventured a ways from the boat. A little further than I had anticipated. I couldn't hear my dad yelling for everyone to get into the boat and by the time I caught on that it was time to pack it in and get back, the boat and I had drifted even further apart. As I began swimming toward my folks, the boat just seemed to effortlessly, unintentionally glide further and further away. No matter how hard I swam, the distance between me and the boat continued to grow.  I remember losing sight of the boat as the waves enveloped me in their trough. I would try to keep sight of its location by looking for the flag that waved on the end of the vessel's long antenna. As the waves continued to get bigger, I remember getting that panicky, anxious feeling for a second, and then reminded myself to relax, breathe and keep going toward the boat. Although my destination seemed close when I was on the crest of the wave, in reality, I was making little headway as the waves continued to grow on the open water.

My dad saw that I was struggling trying to make it back, so he fired up the boat and came around to pick me up. I was hoping to make it back on my own power, but was thankful to get going because the waves continued to increase, now probably 2' to 4,' I was starting to get tired, and hungry! We got back to the dock just in time to beat the storm. It was a good day!

We can learn from this drifting analogy. Drifting apart, drifting together. In Krav class this past week we have been working on leg sweeps. I was demonstrating this drifting feeling as it applies to the physical technique we were doing. We would "drift" just out of reach from the incoming punch attack, then take the space necessary to gain the advantage and complete the leg sweep to effortlessly bring the opponent down to the ground. The drift was barely noticeable, especially if you weren't watching for it.

Later, while around our "campfire" we talked about how this drift happens in life as well as in the physical sense. Our relationships drift together and apart.We can notice it, we can try to control it, but sometimes life just take the controls and we are caught in the current so to speak.

Have you ever had a good friend or lover whom you drifted apart from? Later when you tried to reconnect you noticed that you just weren't the same people, and the energy between the two of you had changed. You don't have the same connection. You've "drifted apart." Sometimes these circumstances can be mended, other times they can't. It can be a bitter pill if you are trying to get that same feeling back but just can't.

There are other people you know who your friendship somehow defies the drift effect. You haven't seen each other in years, but when you get together, it's like you just spoke the day before.

It can be easy to drift apart in our relationships, things change, people change, relationships change. Somethings we have a certain amount of control over, others we don't. We can just do our best to stay engaged and connected. Learn to roll with the changes together.

Drifting can often be imperceptible, it can happen over time without us noticing it. One day you wake up and notice how far apart you are from one another. However it can also happen suddenly, usually when something happens that is dramatic. So, if you want to minimize the effects of drift, after something happens, and the emotions subside, bridge the gap, reach out, work things out and reconnect, before too much time passes and the drift begins pulling you apart even further. This can happen in your personal, professional and public life.

For me there is a certain melancholy to this drift in life. I think of friends and significant others who were at one time so close to me, so much a part of my life and then seemingly one day they weren't. I know it's part of life, but on some days I feel that loss more than others. Some people I miss the special connection that we had. I not only miss them, but I miss the facet of my own personality that they accentuated. I miss the way I felt around them. It's a lesson of learning to let go, to be thankful for what we once had and to appreciate what we have now. Rather than lamenting too much on the past or attempting to recreate relationships that have moved on, be present in each moment with the relationships you are in now.

Keep it real, Keep Going and enjoy the ride.