The Tactic of the Technique is the Ethic

"Even if unsure what that philosophy is." 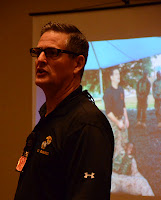 
Well, it's been a week since I dropped Jack Hoban off at the airport - everything before that is a blur. The annual ILEETA (International Law Enforcement Educators and Trainers Association) conference, annual Chicagoland Buyu Workshop, the new RGI Tactical Maneuver video shoot, candid talk and training (and steaks!) with Jack - the Ethical Warrior himself - not to mention my first ever experience of the man behind the man, the late Dr. Robert Humphrey, Jack's mentor. Arguably, the most profound moment of our time together.

It is no coincidence that members of ILEETA, as well as some of the most prestigious tactical trainers and experts in the field today, showed up to hear and promote Jack on his Ethical Warrior(EW) presentation and mindset. LE officers from across the US showed their great support for Jack and his mission - to better protect those who protect - for one simple reason: It works. Not only has the training been tried, tested, and approved by the US Marine Corps no less, it is now being discovered by many others including the likes of the NYPD and the Park Ranger Service. Even leaders of the Chicago Police Academy offered their tremendous approval. And with violence out of control here in Chicago, they know we could sure use it.

What is harder to describe is why the EW method feels so right. See, the psychology of our inherent "life value" is rather inscrutable. When we hear the "Hunting Story" is it empathy we feel? Humility? Compassion? What is it that drives us to its inevitable conclusion, that our lives really are equal, in that we value them in the very same ways?

Now, the Hunting Story may be unconvincing and simply too abstract for the materialist, Randian, or relativist who may wish to say, 'We are obviously not all equal human beings, and as such do not deserve respect simply because we exist.' Which, you know, is fine to believe I guess, so long as they can answer this simple question: Then why not take the knife offered in the Hunting Story, jump down off the back of the truck and kill the villager? If life truly is relative, and not an objective, universal value as we suggest, then this action should bear one no concern.


The annual Chicagoland Buyu seminar always brings together new and old friends alike and has over the years become the conduit for many in the Bujinkan to capture once again the feel for the positive warrior ethic. And we covered so much in just one afternoon: Integration from within the body of Taijutsu's physically sustainable protections, ethical transmission of tactical maneuvering, submission, and weapons, not to mention tried and true aspects of the Kihon Happo delivered with Jack's signature perceptions.
Jack's frank and sincere perspectives on training and warriorship are as valuable as they are prescient. For the more we "get tactical" without getting ethical first, the more apt we are to incur the very kind of physical, mental, and emotional trauma and scars we are out to avoid through the single-minded pursuit of tactics and techniques. In other words, trying to "out thug the thug" just doesn't work. 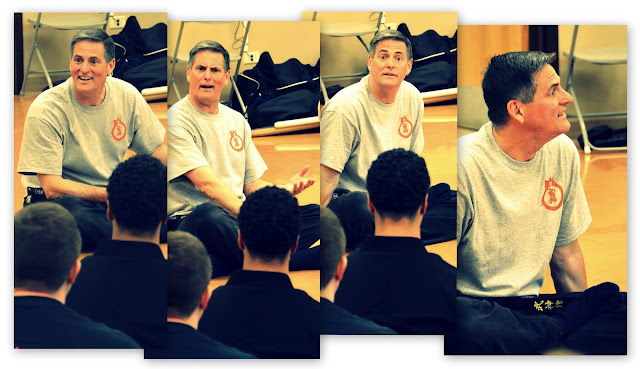 I was happy to see my RGI colleague Craig Gray, who came in from Michigan to train with us. Craig has become an integral part of RGI and assisted with the filming of the new tactical maneuver video we shot last Sunday. And a big thanks goes out to good friend and fellow Buyu Jon Phillips who was gracious enough to lend not only his production expertise, but also his studio for the shoot. Looking forward to the results! 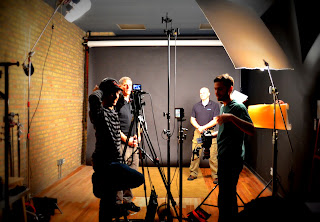 But by far the most poignant moment came Sunday night. We had just returned from an incredible dinner at Morton's - the original, no less - when Jack reminded me about Dr. Humphrey's video: nearly two hours of interview in the year before his untimely death in 1997. 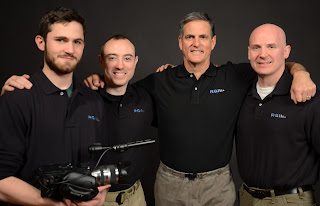 Hearing him, seeing him was dramatic. I have studied his work and writings for almost 10 years now, but within minutes, he shattered whatever soundtrack and image I had. I pictured him with a baritone voice and broad shoulders, but that was not this man. The image that looked back was soft spoken, gentle even, with a wise and even handed gaze - Yoda-like. But his hands looked like baseball mitts - large and broken in - from all his years boxing, I suppose.

He spoke methodically, yet causally about the very same things we speak of today, using the very same words we continue to use - his approach to cross-cultural conflict, his thoughts on the value and meaning of life. He told not the Hunting Story, but talked about the hunting trip itself, a rare glance into his mindset at the time. There was no rush, no hurry to his thoughts, they came easy as he explained himself, his history, and his work. There was confidence there, assuredness in where he had been, what he had done, and how he had done it. It was not bragging - someone had simply asked and he answered, as he might answer a curious student, an interested service member.

Jack mentions the filming was actually done one night at training when Dr. Humphrey had visited the dojo. Which made perfect sense, for at the end of the interview, he kindly excuses himself and says he has to get back to the other room ... get back to training. Then the image went black.

I just stared at the screen like I'm staring at this one.

Shit. I gotta get to training.
Written by James Morganelli