When teaching physical defensive tactics we spend a lot of time on the portion of an interaction we call "The Approach." The Approach is simply when two (or more) people come into one another's space. It's conversational distance. It can range between hugging distance to upwards of 20 feet. The general distance is about 3' to 6' apart.

Many people don't understand the importance or correlation between physical positioning and movement when it comes to conflict communication skills. Verbal communication without proper positioning and movement during potential conflict changes the effectiveness and safety considerations for both parties which can substantially alter the engagement. (Probably a good subject for a future blog post!)

The method that we typically cover to give people a basic familiarity of tactical body positioning is:

1) The "fence" position*: Feet shoulder width apart, knees relaxed and slightly bent, hands in a position to be non-threatening, yet tactically useful.


2) The "interview" stance:  Feet in an "L" position lined up heel to heel with the rear foot positioned about one shin's length from the front foot, knees relaxed and slightly bent, hands positioned in a non-threatening yet tactically adventitious position. Dominant side is typically back so as to keep ones weapon away from the other person as well as angle body to be less threatening, offer smaller target and improve maneuverability. Distance between you and the other person is about one arms length away, take or give depending on the situation.


While in one of these stances, sometimes people don't know how to hold their hands, so here are some basic ideas to help: 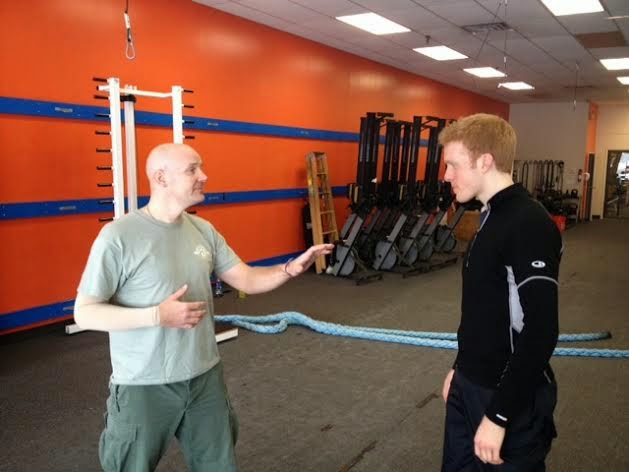 Single hand "stop" position while in the interview stance. 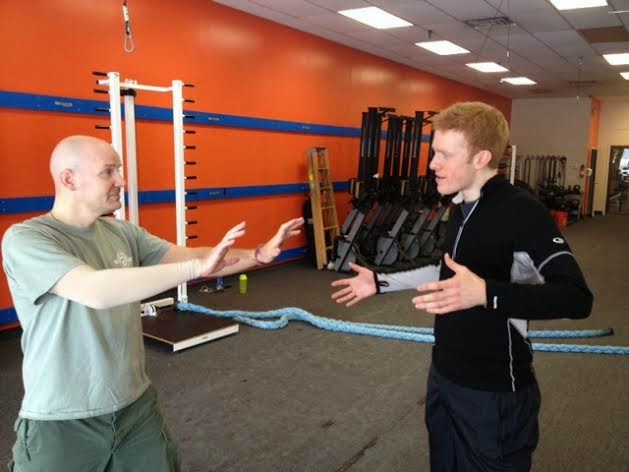 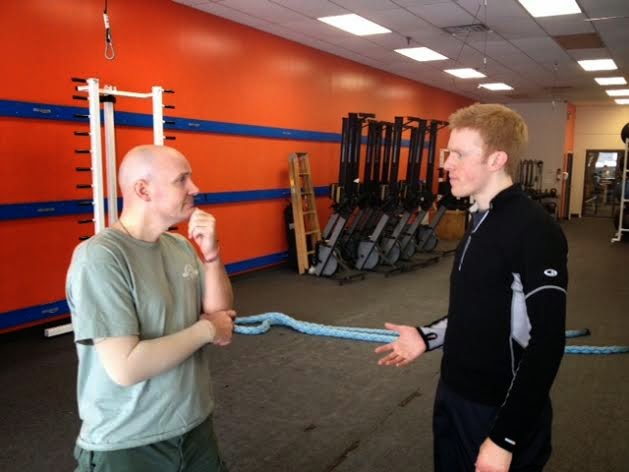 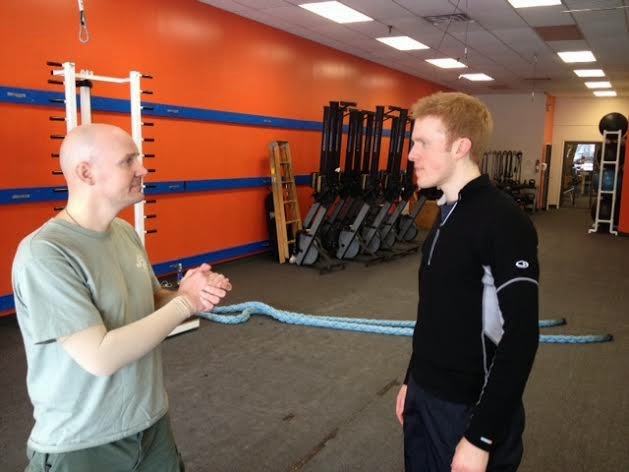 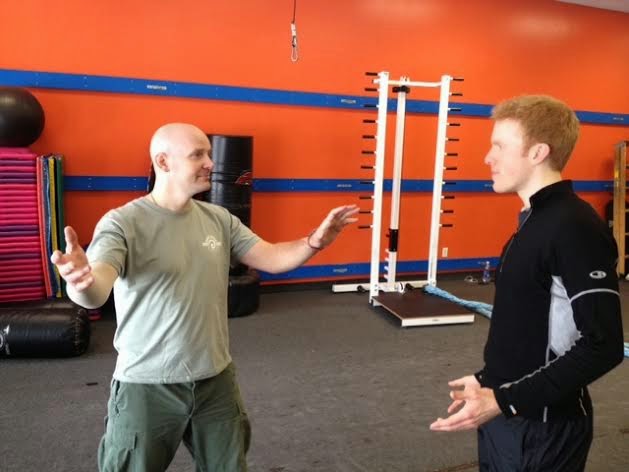 Each of these postures are designed to keep your hands in a (defensively and offensively) functional/tactical position between you and the other person, while at the same time appearing non-threatening.

When using these hand positions stay relaxed and flexible. "Talk w/your hands," so to speak. Keep space between you and the other person/people. When possible, you should remain slightly off line from the other person.Your hands are there to act as a physical barrier as well as being in a position to block, strike, grab, access weapons, tools, keys, cell phones, protect others, etc. when needed. As the person who you are facing moves, so should you. Make sure to keep an eye on PCI's or Pre-Contact Indicators, which are "red flags" to watch for to indicate when someone may become physically violent toward you or someone else.

When using directing hands don't look toward what you are drawing the other persons attention to, rather, keep looking at them while you direct their attention elsewhere. Think misdirection like David Blane the famous magician does when he wants the audience to look at something other than where the trick is really being done.

These tactics are simple, but still require some practice to do and make look natural.

So play with them and keep training!

If you are interested in learning tools like this and much more, consider joining me for my 4 Day Intensive Essence of Krav Maga Course!


*I believe Geoff Thompson coined the phrase, "Fence Position" but the position itself has been around since we have had bodies.