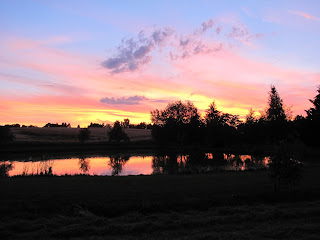 I recently received an interesting request from a man named Raimonda Bunikyte. According to Raimonda's google profile, he is from Alytus, Lithuania. Here's what he wrote to me:

I just recently finished my Peace Walk across the Western Front of the first World War (from Switzerland to the Northern sea). I documented everything and my aim was to publish so that people would read and see what war looks like because this was the event that created the world we are living now. If we would to take out of the history the First World War - nothing would make sense. No Second World War, no Russian revolution, no Soviet Union, no cold war, no nuclear weapon, computers would also probably developed later. And also, this war is the embodiment of the meaningless of war.

I will post everything on the blog I specifically created thepeacewalk.blogspot.com .

I was wondering could You please help spread the word about this? It's my own personal initiative so I don't have support from any organization or government. 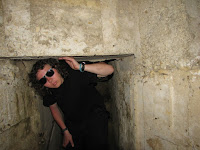 I'm assuming that this is Raimonda, but not sure


Interesting I thought... This dude's from Lithuania and he's contacting me? (gotta love the power of 2.0) So, I probably agreed to re-post his efforts a little prematurely. After reading his posts I found it to be a bit light on the narrative regarding history or travel and I can't say that I necessarily agree with everything he wrote. Also, the posts just seem to stop without any real conclusion in travels or thoughts.

I'm really not trying to throw him under the bus...

I decided to re-post his blog because I love his spirit regarding his search for peace, as well as his interest in history and travel. Not to mention he took the initiative to hike his trip, blog about it, set up a facebook page and contact me asking to spread the word. All in all an effort that many others never get around to.

Why did this guy from Lithuania decided to contact me? Great question! It's because of my website www.thepeacewalker.com. He found it on line and thought there was some connection... and you know what?! He's right! We may not do exactly the same things, but I support a brother from another country who goes on a pilgrimage of Peace and is inspired to share!

Raimonda, I wish you the best of luck in your pursuit of peace and I hope you go on to hone your travel writing interests!