Why your DT training is the foundation of deescalation skills 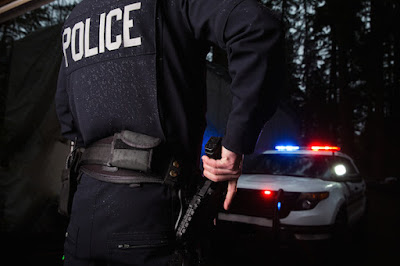 The last article I wrote was titled “Building the DT Toolbox” and in it I suggested that when training recruits or novice police officers, an instructor’s primary focus should be to build their student’s “toolbox.” I then stated that the toolbox will be the “foundation upon which everything else will be built.” Notice that I didn’t state that the defensive toolbox will be the foundation upon which all other defensive tactics training will be built … No, it’s the foundation for everything. Many of the issues that police departments are having can be traced back to the quality of their DT program.

Deescalation is a hot topic in policing nowadays. It seems that every time I turn around I hear something about new deescalation training or strategy for police officers. I don’t know a single police officer who is not in favor of making any bad situation a not-so-bad situation. If there was a button that officers could push to make a suspect willingly comply, trust me when I tell you that every single officer would gladly push that button on every encounter. However, no such button exists.

So what do we have?

There are some really good deescalation techniques that officers are trained on. I personally like Verbal Judo. I find that I use it on a daily basis with much success. It works for me but it doesn’t work for everyone. Why is that? Why are other officers who are using the same technique often not successful in deescalation? Why are police departments beefing up their department’s deescalation training only to see it fail?

If an officer isn’t confident in the practicality of the defensive tactics that they’ve been taught, nor confident in their ability in the practical application of said tactics, this officer will now be operating out of FEAR. Operating out of fear will guarantee the failure of any other hands-off deescalation tactics that they have been taught. Said officer may have short-term success when deescalating bad situations. But it’s only a matter of time before someone calls their bluff. Hardened criminals can smell the fear and sense weakness. They can read an officer like a book. I say this from direct experience.

Let’s focus on worst-case scenario for now. Picture this: We have an officer who is operating out of fear. The officer is dealing with a hardened criminal and the criminal has just called his bluff. The officer has exhausted all efforts for verbal deescalation. There is now only one route to take for this officer: ESCALATION.

We see it all the time. The officer’s deescalation attempts have failed, so he/she now chooses a higher force option. The officer attempts to go hands-on, but half-heartedly due to their lack of confidence in their defensive tactics. Now the altercation is physical and the intensity of the physicality is only escalating. The officer may end up injured or worse. But, by this stage of the conflict, if able, the officer may continue their escalation. Now the officer’s service weapon is drawn, sights on target …
Let’s stop here. We all know what happens next.

Realistic defensive tactics training is the foundation upon which all deescalation training will be built. This foundation must be strong in order to support the structure that a police department is attempting to build.

So where do we start?

First, if you haven’t already, please take a moment read my previous column. Next, start applying its principles!

Once you’ve done your inventory and have your DT toolbox in place, drill your recruits/officers repeatedly on each of your techniques. When devising your high-stress drills, start with the worst-case scenario drill where the end result is deadly force. Once your students have mastered that, begin to add deescalation to your drills.

For example, at the end of the technique, when your attacker is no longer fighting and it’s safe to do so, have the students disengage from the attacker and create space. From there, have them draw their weapons and begin giving verbal commands to the attacker. Once they have mastered that, devise a drill that has the student create space and draw their tasers or other less-than-lethal options with verbal commands. Once they have mastered that, have the students transition from fighting to control holds and take downs, and then onto handcuffing.

Start with the worst-case scenario and work backward, slowly adding less aggressive forms of deescalation to the drills. Once your officers have mastered these steps, now it’s time to focus on communication skills and other “hands off” deescalation techniques.
Thank you for what you do, and I hope this helps.


Heath Jones is a 5-year police officer in Austin, Texas. He has been a Krav Maga Defensive  Tactics instructor for the last 12 years, training police and military worldwide. Jones is currently assigned to patrol.