The Two Sides of the Gun Violence Debate 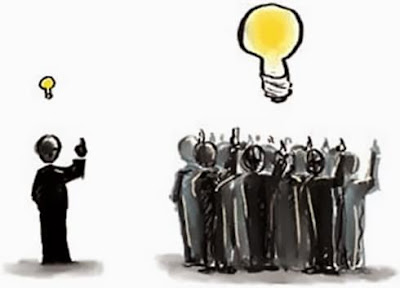 I was recently asked to be a panelist on a community meeting regarding Gun Violence in Schools. I somewhat reluctantly accepted...

Because some of these meetings are healthy and beneficial. Others are just a circus of minefields, agendas, fear, anger and soapboxes. None of which I have any interest in. I will know tomorrow night at the event whether or not I made a wise decision regarding being a part of this event.

DIY v. It Takes a Village

It seems that there are two main ways many people are coming at this "gun violence in schools" issue.

1) This group believes that we need to restrict or ban guns so that dangerous people can't have access to them.

I call these people the "It Takes a Village".

The "It Takes a Village" perspective believes that we as a society shouldn't have the need for the citizens to have access to weapons personally, because "the Tribe" (Society: a.k.a. police and/or military) should / will protect you.  So there is no need for the citizens to have such weapon(s). The availability of weapons either makes the problem worse or possibly creates the problem all together.

The second group are the DIY's or Do It Yourselfer's...

2) They think that we need more individual freedom and power to protect ourselves.

This group feels that there are always going to be people doing bad things and the way to solve the issue is to allow / encourage more citizens to protect themselves. They want less organizational control and want the means to "Do It Themselves" so to speak.

One side believes that Less or No Guns will solve the issue, because we are able to fix society enough so we won't need them.

The other side believes that More armed people and continued access to guns is the way to go to address the situation. Because society will always have people who you will have to defend yourself from (sometimes even the government).

I know. I know. I'm Over Simplifying It! But, it does help people to understand the basic premise of the conservative v. liberal leanings. So, Which One Is Right?!!

I don't think either one perspective is completely right. As usual I think the answer lays somewhere in the middle between the two.

I think we need a Peaceful Well Protected Village that is made up of independent, powerful Do It Yourselfers!

"All the freedom possible with all of the security necessary."

And as I have said,

"It's hard to be peaceful in a violent community."

I believe that we need to strive to make our society as open, loving and safe as we can while preserving individual rights of life, liberty, freedom to the pursuit of happiness.  A difficult balance for sure.  My main point is for us not to lose focus on what we are trying to accomplish. To protect the people in our school. Protect the kids, teachers, staff and visitors from acts of violence.

I know we have different opinions and approaches to accomplish this, and let’s go ahead and discuss, stand up for, vote, advocate and fight for those opinions. But not at the expense of losing sight of our common goal.

That is what we have in common... Let's not forget it!

Yesterday, I recorded another facebook LIVE on our PeaceWalker Community Group Page. I'm happy to say that this time it went well!

We talked about the 3 States of Communication. If you missed it you can watch it here:

If you're bummed that you didn't catch me LIVE, don't worry, I'll be doing more short trainings like that soon!  I'll let you know when, so you can jump in!

Well, I'll talk to you later!  I hope you are able to take advantage of this awesome day!!