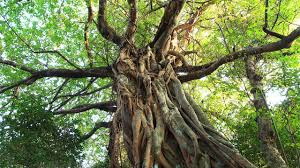 I'm still getting in the groove of things after the long weekend. Feels like we are in the eye of the storm so to speak with everything going on. All the while the local academy is ramping up for a test. Kinda feels like we're trying to out run the storm.

That reminds me of my ride home this weekend. A storm hit up North where we were staying. We got out just in time... Riding through the leading edge of a thunder storm, hail and tornado warning. Nowhere to go except forward. No solid shelter to be found.
Fortunately, we made it out of the storm. It followed just behind us the entire ride down. However, it kept pace and threatened to over run us with more heavy weather...
This seems to be a metaphor of Life right now with everything that's going on in our world today, locally, nationally and globally.
This is yet another reason why you have to keep people around you who encourage you and lift you up. A community that is the silver lining to Life's storm clouds. A tribe that helps strengthen you.
People who celebrate your successes and have your back in tough times.
All that reminds me of a story I ran across...
Wranglers & Stranglers
Many years ago there were a group of brilliant young men at the University of Wisconsin. The group seemed to have an amazing creative literary talent and were extraordinary in their ability to put their literary skills to its best use. These promising young men met regularly to read and critique each other’s literary works.
.
These guys were merciless while they criticized one another. They dissected the most minute of the expressions and offered tough and even mean criticism to each others work. They went well beyond "tough love" in their feedback to the point of almost being abusive. Their meetings became arenas of literary criticism.
.
The members of this exclusive club called themselves the “Stranglers.”
.
Not to be excluded to the opportunity to level up there literary skills, the women of literary interest in the university started a club of their own, one comparable to Stranglers. The members called themselves the “ Wranglers.” The member of this club also presented their literary pieces in front of each another. But the feedback from the members was much more soft, more positive and more encouraging. Every effort from a member, even the most feeble one, was encouraged by all.
.
After twenty years, a university alumnus was doing a study of his classmates’ career when he noticed a huge difference in the literary accomplishments of the Stranglers and the Wranglers.
.
Among all the brilliant young men in the stranglers, none had made any significant literary achievement. But the Wranglers had several successful writers and some renowned national literary talents.
.
The talent and the education between the two groups were almost the same. There was not much difference. The Stranglers strangled each other, while the Wranglers gave each other a lift. The stranglers created atmosphere of contention and self-doubt while the Wranglers brought out the best in each other.
~Author Unknown
I Have Seen This Too...
When you look at the PeaceWalker Members AND our local Ronin Krav Maga academy members, you will find people of all ages, backgrounds, careers, political, religious and philosophical view points.
We don't look like Rambo, John Wick or Scarlet Johansson. Yes, we have many military, vets, police, security and other professional protectors in our ranks, but most folks are everyday people. People who have families, careers, regular physique and lives. People who simply want to be able to protect themselves and those they care about better. People who want to live better lives. People just like you and me!
Thank you for being part of the community!
One last thing before I sign off here...
Do you know any young ladies who are going off to college for her first year?!
If you do, help ensure she's safe by forwarding this to her. It's my free six day defense home study course to them. It's a quick and simple way to give her an edge on a safer, healthier, happier schoolyear.
https://sixdaydefense.com/
We gotta look out for our peeps!
Have a great day and...
Keep going,
~Craig