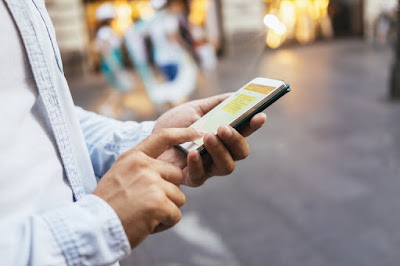 It was snowing here this morning! Luckily, I'm getting my snow tires swapped out Friday!

So, the other day I was doing my thing when...
I Get a Text That Said...
Hi Craig. Just wanted to say thanks. Your training helped me handle a pretty serious situation Saturday night. I'll tell you about it tomorrow...
Needless to say I responded, asking if everything was alright?!
His response:
"Yes, except they (the police) wouldn't arrest the guy, which I don't understand or agree with..."
So, What Happened?
Seems that a couple Saturday's ago a man came into the restaurant ranting and raving about his takeout order.
When the hostess checked, she didn't see any order for this man. (They quickly found out that he never really order anything...)
That really set this guy off, he started yelling and looked like he was going to get physically violent.
The owner (Our PeaceWalker community member) heard this and went out to see what was going on. Introducing himself as the owner, he tried to calm the irate guy down.
The guy was so loud and obnoxious, people started leaving the restaurant or hiding under the tables. It was that bad!
It looked like he was going to go off and hit someone or worse!
"But, because of the training that I got from you Craig, I felt confident that I could better handle the situation. Before learning what you teach I wouldn't have been so confident. I may have even made things worse."
Now although I hate hearing when people are put in potentially dangerous situations... I do LOVE hearing stories when our community members end up in a circumstance that because of their skills, they know how to deal with things better! How to stay cool, protect themselves and others!
It's situations like this that really make what I do worth while.
You see, the restaurant owner / PeaceWalker is a mild mannered man. One of the nicest guys you ever meet. He's in his 60's and not large in stature...
He said that 'The only reason I went into that situation (with the upset guy) was because I had to protect my staff and customers from what this guy might do... I had to put myself in between them."
Now THAT's what being a PeaceWalker is all about!
Of course several people called the police once the guy started going off, but by the time they got there, our intrepid PeaceWalker had already talked this guy down and convinced him to leave the restaurant.
When the police finally rolled in, the situation was resolving. The officers talked with the guy out in the parking lot, and even though he had done this same thing at several other restaurants up and down the street, they still didn't take him in.
Just imagine if our community member hadn't stepped in to calm this guy down!
It likely could have escalated into something much more extreme. You may have ended up seeing this in the news.
Unfortunately, situations like this are not really that unique now-a-days!
Remember, police aren't your bodyguards or security. Not throwing them under the bus, but even with good response times, they typically don't show up until after something happens!
Their job isn't to be your private security officer.
Learning to handle situations like this yourself is essential today.
Things are still stressful and putting a lot of people on edge. Making some good situations bad and the bad worse. Sometimes so much so that they become unreasonable, obnoxious, even violent!
This is why when you join the PeaceWalker Private Membership, you first go through a basic training program that takes you through a  simple step by step approach on how to deal with conflict and violence like what you read about today!
I share the entire formula inside the membership site.
.
Sorry though, you can't get into my private membership right now, but you can get on the waitlist.
.
https://peacewalker.net/about
.
It'll be opening up soon... with some huge incentives for new members!!
Get on it!
Keep going,
~Craig