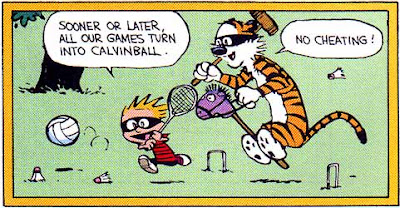 Here's a good story that I ran across from one of the marketing guys I know his name is Michael...

DON'T QUIT!
KEEP GOING!!!
I'll Take It a Step Further...
I'm not just going just give you encouragement...
Oh no!
I'm going to give some more support if you want.
Something to help you to Keep Going!
I've been talking about it off and on for several weeks now, but it's getting close... Real Close! =)
It's called - Over 40 -10x.
It's specifically designed for folks like you and I...
Folks who are 40(ish) or older (I'm 51), who are either already training in or thinking about starting to learn self defense, martial arts (be it Krav Maga, BJJ, Ninjutsu, MMA, or anything else combative...).
Don't Wreck Yourself!!
A lot of people in their 30's, 40's and 50's start working out only to constantly hurt themselves and then just quit training all together.
How many times can you keep getting hurt until it's just not worth it any more?!
That's why I'll be sharing my lifetime of knowledge gained from training, coaching and real time application.
When it comes to martial arts training and working out... I've been doing it my whole life.  I've taught cops to special ops. Soccer moms to high level executives. Teachers to doctors... and everyone in between!
When it comes to training... I hate seeing people struggle, get hurt or quit!
So, I decided to do something to help you!
I'm going to be doing a FREE zoom workshop, that you can watch from the comfort of your own phone. It will show you how to:
- Train smarter.
- Save Time w/Shorter, Yet More Effective Workouts.
- Avoid getting hurt and if you do...
- How to recover faster.
Probably the most important thing of all is...
How to gain an unfair advantage in the gym and in the street.
In this livestream you'll discover how to train in a simple, smart way that will help you get the most out of your training, in the least amount of time.
I'll share hard learned lessons on how to avoid getting injured.
How to get more benefit and performance out of your training in any Martial Art or Self Defense System.
I just finished editing the videos (for the full course)... so, the sites not up yet for your to reserve your spot, but if you...
If this sounds at all interesting to you, shoot me an email and I'll get you access to this free training.
kravronin@gmail.com
If you want in on this, let me know.
Keep going,
~Craig