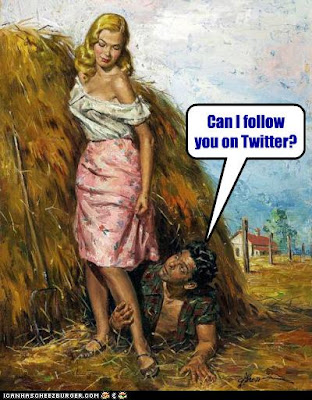 A while back, I ran into a guy who thanked me for keeping him out of jail.
Turns out he got so angry when he discovered his young daughter and her slightly older boyfriend (still a minor though) fooling around.
Dad walked in on them doing things they shouldn't have been at their age.
It took good ol' dad off guard. So much so that understandably, he wanted to wipe the guy off the face of the earth.
Before acting on his feelings, he took a breath and started doing one of our tactical grounding exercises he learned from me here in PeaceWalker.
He said that he went into the room and when he made his presence known, they scrambled to get 'decent'.
He told them both that he wanted to talk with them.
"Get cleaned up, we're going to have a little talk." He told them both, before stepping out to regroup.
He said he had to walk around a bit more to calm down. Along with some of the tactical breathing exercises he learned here, he began reciting the serenity prayer to get a hold of himself.
He topped off his cool down with a little tactical empathy exercise, before going back in to talk to the young 'friskey' teenagers.
Doing these things helped calm him down before saying or doing something he most likely would have regretted later.
Something as simple as catching yourself before you become overwhelmed and knowing how to calm down before acting, can help you in ways you may not even be aware of until you're 'in the middle of it!'
A seemingly simple breathing and visualizing exercise can be the only thing standing between you teaching a lesson to two adolescence, or you going to prison for murder and being disowned by your daughter!
Luckily, this time things worked out. No one had to make a trip to the ER, jail or attend a shotgun wedding. =)
If you're in a funk, or angry as hell, you can count on this program showing you that better days are here for you NOW, even in the midst of turmoil.
What is this magical exercise I speak of?!
I could be cruel and say that you have to attend one of my full PeaceWalker Evolution Courses...
But I won't, not today. Who knows what teenage life this may save! =)
PEACEWALKER TACTICAL GROUNDING Exercise:
1. Relax, Open your chest and Take a Couple Deep Breathes, then stand up straight and tall.
2. Think positive thoughts: "I got this."
3. Put your 'Game Face' on.
You know the Serenity Prayer?! If not, look it up... It's old school, simple wisdom undoubtedly written by a PeaceWalker!
What Happened?!
What happened to the young couple and the dad?
To be honest, I'm not sure, dad didn't go into much detail after that...
Not to mention, this happened a long time ago.
If I remember correctly. The come to Jesus talk must have had some impact. I think Romeo and Juliet broke up shortly after this incident...
Not sure what happened to Romeo, but I the daughter went on to graduate high school  a few years later and then go to college.
The dad spent his time doing dad things rather than doing hard time on the chain gang off highway 119. =)
Coffee?
If you get something from today's message and all of these [Almost] Daily emails, my podcast, blogs, videos and all the other resources that I put out, please consider 'buying me a coffee'.
If you would like to contribute to making sure these resources continue to reach the people who need them most (in today's example, a dad, daughter and one young man...) please use this link to 'buy me a coffee' and support the PeaceWalker Project.
https://www.buymeacoffee.com/peacewalkerlife
Thanks!
Have a great day!
Keep going,
~Craig