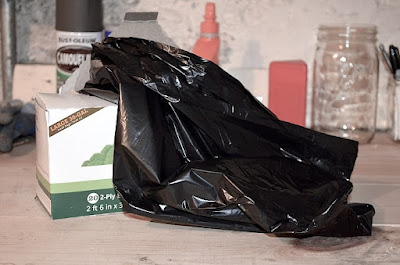 A man walked into a local business with an oddly shaped trash bag. Even though he's wasn't an employee, he slipped through the entrance and past the receptionist with ease.

No one really noticed or took the initiative to question him about the contents of that oddly shaped bag. No one even knew that concealed inside that thin black trash bag was a Glock 17 and an AR-15!
What Happened Next Won't Shock You... But It Should!
Who was the man? Me.
What about the guns in the bag? Training weapons.
Regardless...
They could very well have been real! No one ever stopped to question me. I would have been inside of this facility unchallenged with at least two weapons. No one would have been the wiser until the carnage, the tragedy.
The shocking part is that so few companies offer training, fewer yet have much of any effective parameter security.
Ounce of Prevention vs. a Pound of Cure...
This week and last I have been teaching several short workshops for Padnos Industries. Assault prevention and response and Active Assailant Preparedness were the topics de jour.
Yesterday was the Workplace Violence / Active Shooter Prevention and Response training, which was why I had the training weapons in the first place.
The participant's  were a bit shocked after I shared the reality of what me walking in with that trash bag full of training weapons really could have been.
I told them that they're not the only ones though, most companies facilities are pretty open and not run like a maximum security military base or correctional facility. There are always things we can do to increase security.
Me bringing in that bag opened up some good discussions regarding our topic... Safety and security. I have to say, it was a good session too. We covered a lot in a very short period of time (about an hour).
I shared some of the differences between the Israeli and U.S. approach to these situations. (Profiling, parameter security, interviewing, mindset and aggressiveness in response)
We talked about some heavy things and tied it into real life. How we could be better protectors of ourselves and others everyday and in the face of extreme events.
We reviewed preventative measures, what to do if an incident occurs as well as when law enforcement get on scene.
We compared Homeland Security's:  Run - Hide - Fight with my Israeli inspired variation: Avoid - Escape - Ambush - Attack.
Both are very similar but with a bit different mindset and attitude.
We wrapped things up with some physical tactics. Pistol and rifle engagements, team tactics, setting up ambushes. Simple things that didn't require a lot of training and complex skills. Things anyone could do if they had to. Some to do's and not to do's.
I really enjoyed my time with the Padnos folks. They were some great people! I appreciate them hiring me to come out and teach a few sessions.
All in all, time well spent.
What?!
If you are interested in learning this Israeli inspired approach to surviving an active shooter or terrorist attack, the same approach I was hired to teach to the Michigan Department of Corrections, DTE Energy, Padnos Industries, and other organizations, you can get the full module (along with all of the other goodies!) inside the Private PeaceWalker Membership.
You can check out the 14 Day Free Trial!
https://peacewalker.net/about
Keep Going,
~Craig