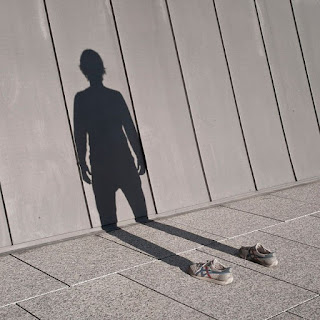 Shadow Blocking... No it's not some mysterious undefeatable martial arts move, it is actually an option called "hide user" on youtube that blocks someone from posting on your channel. However, the person who has been blocked will not have been notified. Their messages will show up on THEIR computer if they are logged in to their account, but they will be the only person to see it. Interesting indeed...

You may be wondering how do I know this!? Well, I was checking my email last night after class and I see that someone posted a comment on a few videos. I'd like to say that I am excited to see comments, however I am usually first a bit hesitant. Why?! Because these are martial arts videos, where many people feel as if they need to exercise their negativity and pettiness. Apparently some people were never taught "if you don't have anything good to say, don't say anything at all" from their mothers. It's just an unfortunate reflection of where that person is with their life.

I check the half dozen comments left on various individual videos and they were just some troll saying obnoxious and hateful things. I delete them. One of them I report to youtube. The next morning, I wake up to find that there are two more messages that are even more obnoxious than the first ones that Zombie Savior left.

After the last barrage of trolling messages, obviously just deleting ZJ's comments aren't going to be enough. Being that I am really done w/this, I look for a way to block this person. That's where I come across how to "shadow block" or "shadow ban" someone from your youtube channel. Here's a video explaining how to do it: https://youtu.be/Vwi90iqQBCA

Unfortunately I have dealt with everything from stalkers, to haters, death threats and trolling... Come on guys get a life out there, you have more to offer the world than just your crazy!

Unlike The 3 Unequivocal Rules to Not Being Bullied post, in the case of trolls, the only real boundary to be set is by not engaging in more communications. Just sever the access to someone who isn't looking for healthy dialog and move on with your life.

And that is how and why I learned how to Shadow Block. =)


Keep an eye out for the new PeaceWalker Membership Site where we are building a community for sharing the Rosetta Stone to dealing w/difficult, disrespectful, even dangerous people. COMING SOON!