Why We Are So Cruel? 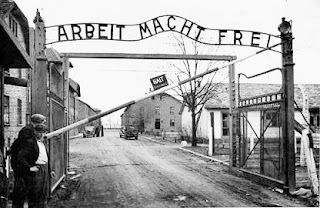 I just got back from training with Jack Hoban out in New Jersey. It was a good trip. I drove this time around, so I was glad to have those snow tires! Weather was a bit sketchy on the way out, but cleared up by the time I got into Pennsylvania.

Another year coming to a close, but...

It looks like 2018 is going to be OFF THE HOOK w/some really exciting things  over the horizon!

(...But, don't worry if you missed the seminar, you can access the 5 Part Video Training Series for FREE Here on PeaceWalker.net!*)

So, with the Holiday Season upon us, we often think about spending time with loved ones, reconnecting with people we haven't seen in a while, giving to charities, etc. You know the "Goodwill Towards All" type of sentiment.

That got me thinking about the other side of human nature. The side that is less than kind.

So, I thought we'd talk a little about...

Why People Can Be So Cruel?
I was reading another interesting article that I thought you might want to check out.

The article interviews Paul Bloom, a psychology professor at Yale University. He has written several interesting looking books (none of which I've read as of yet...).

His premise is that he doesn't believe that dehumanization isn't the only factor of why people are cruel to one another.


Some of Paul's Thoughts...

I think a lot of cruelty is born out of a normal and natural appreciation of the humanity of others, which then connects with certain important psychological appetites we have, like an appetite to punish those we think have done wrong. I think that, for the most part, people who do terrible things are just like us. They’ve just gone astray in certain specific ways."


Some of you may have heard me say that "we are all protectors, some of us are just protecting the wrong things.
My sentiment sounds a lot like Paul's statement...

"...under the right conditions, most of us are capable of doing terrible things."

Paul goes on to say that,"people can transcend their conditions, but it’s rarer than we’d like to believe."

To prove his point, he illustrates a sociological study conducted by Marianne LaFrance where she takes a closer look at how social pressure, authority and courageousness affect what someone says they would do vs. what they actually do...

It's an interesting study, you should take a look at it.

So, How Does This Information Help Us?

I think that there are a number of things we can learn from Bloom's ideas, LaFrance's research and our own experiences.

The biggest things that I took away are the power of:


How Are YOU Improving These Things?

One way is by joining us at...

Where we explore each of those five elements in depth to build a safer, healthier, more successful Life and community!