You Can't Just Walk Into MY House 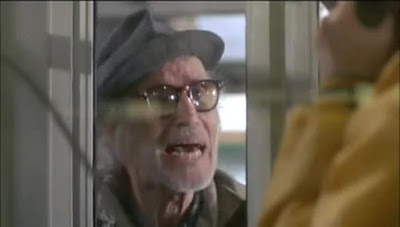 I hope this finds you well?!

I'm weathering the storm alright so far and I hope you are too?!

Things continue to move forward, but...

Rather than talking about the obvious, (I'm sure that will be the topic of many other correspondence), I thought I'd take a rest from that for a minute to share another story...

If you remember, just before all of this erupted, I was going to tell you a story about one of our PeaceWalker Members who is a process server.

I figure I'll tell you the story now as a little break from all of our current affairs we  are seeing, reading and listening to.

Wednesday morning I get a crazy email explaining a situation that nobody hopes to be in...

You Can't Just Walk Into MY House...

So, I wanted to tell you a little about my day. Started off as a usual Wednesday run which I planned on getting through quickly then heading to the gym.
.
About halfway through my run I realized I was parked in front of a house that I know I have been before on at least 5 occasions to serve 3 different individuals.
.
I have never had an issue with these people before and didn’t think this time would be any different. I know from experience that the front door is never used, so I entered the porch on the side. I was about to knock, when the door opened and the father of the Defendant was looking at me. Now, I’ve dealt with the “old man” on a couple of occasions and he always seemed fairly level headed. Heck, I believe that we once even shared a joke about kids not taking their responsibilities seriously.
.
Well, almost immediately I realized something was off...
.
He asked what I wanted and I told him I was looking for so and so, who happened to be standing right behind him.
.
Trying to treat him with some respect and privacy, I asked the defendant to come out on the porch so I could tell him the 'wonderful news' that he was being served.
.
While I was doing this I continued to feel 'that feeling'.
.
From the start, for some reason, I knew I needed to keep a eye on the dad. It’s like I could see him building steam.
.
Just a few seconds in the dad interrupted with - 'ya know you can’t just be walking into my house like this.'
.
I’m still on the porch but I apologize for the inconvenience and keep moving forward with the defendant.
.
Just a second later...

'I never heard you knock, your lucky to be alive right now! Next time you may not be so lucky, you’ll step in front of that door and BOOM!'
.
Oh Sh*t!!! I thought.
.
Now as you can imagine, the father now has my full attention...

He's no more than 5 feet away and the defendant is less than three.
.
I apologize to him again and calmly but firmly tell him how I definitely don’t want 'the BOOM.'
.
From bad to worse..
.
Then the father says,
.
"You don’t believe I have a gun? I’ll get it and show it to ya!!"  Then begins to walk away...
.
His son says, 'Dad knock it off', but remains a spectator.
.
So, no real help from him was coming...
.
.

I believe I knew what the father needed so...
.
Time for some verbal Kung fu!
.
'Sir I’m all done here. Again, I'm sorry about the intrusion, I should have knocked louder. In the future I will. This is your home not mine and I gotta follow your rules. Thank you for letting me finish my business. Have a good day.'
.
Then... Out the door I went as fast as my feet would move me without looking like I was losing my cool or running scared.
.
.
'King of the Castle'

I think that the father needed to believe that I knew he was the “king of his castle” so to speak. He thought I was challenging that or somehow took it away from him, I simply needed to return it, by showing him some respect.
.
Yea, I could've gotten all 'official' stuff and got into a big pissing match, but I didn't need to at that point. My job was done. I served the papers, so...
.
I thought it best to pick my battles and handle the dad through deescalation, rather then getting into a power struggle over respect and authority.
.
.
An Interesting Conversation

After reading Jerry's email, I called him to see if he wanted to talk some more about it.

Some of the things he shared I don't want or need to share here, but there we're other things he told me that may be of interest...

First off, I complimented him on how he handled it...

You know what he said?!

He credited the PeaceWalker material...

That's awesome! Because that's what it was meant for!

His Response Surprised Me!

If you remember a couple weeks ago, I shared in one of those emails on how Jerry actually uses his PeaceWalker Membership.

He's is a new member, so he's been going through all of the materials.

Initially he would review the site at night when he felt he had the time, but he said that he stopped doing that...

When I asked him why, his response surprised me...

It surprised me because It's brilliant!

'Rather than going through the lessons at night, I like to go over them in the morning, so I'll be more prepared, more vigilant when I go out in the field serving people court papers, who sometimes aren't very happy to see me. They can be stand offish, belligerent, or even dangerous. PeaceWalker helps me to dial things in and start my day off on the right foot. The last thing I want to be is complacent. This way I'm ready for dealing with people more safely and effectively. Not to mention I'm more prepared if something goes down.'

As a matter of fact, he told me that that morning he just finished watching one exercise from the Tips, Tricks & Tactics called:

It's a really short exercise that helps you to meet people where they're at and remember that you may not know what they've been through...

Jerry said that he used that very assignment to help him navigate the potentially violent situation with the old man only a couple hours later.

Now I can't guarantee that the lesson you review is going to be the exact one you'll need that same day...

Check out the site: www.peaceWalker.net. If you want to join so you can access all of that material and get closer to this community.

If you choose not to, you can still stay connected here on my blog, or w/my [almost] daily emails, blog, free videos, public fb page and the like.

Either way, it's important to stay connected!

It's not just about all of the training (although there's a ton of that too!), it's about connecting more closely to a healthy protector community.

We'll get through this!

Here's the link for details and to Join:

The PeaceWalker Private Membership will show you an approach to developing a method to protect yourself and others from human conflict and violence. (All from the comfort and safety of your own home.).

Once you join, you'll get instant access to all of the resource that are key to your success in today's world.

But, I update and add to the site every week!

You'll get a LIVE monthly coaching calls so you can ask questions and get help with your training.

You also get access to our private fb community where you can post things and put your questions out to our community. Minus all the drama of trolls and people who aren't dialed in to what we are about.

Well, that's it for today!

Hang in there and...