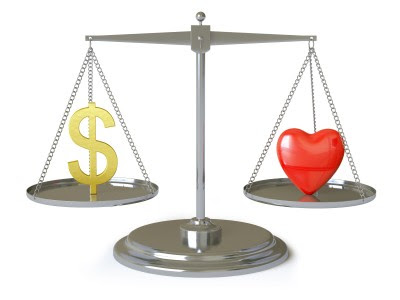 Let me tell you a story about an argument... Ahhh... 'Discussion' I was in with someone a while back regarding a very hot subject...

Now keep in mind that my point wasn't to say that the situation wasn't important or problematic. Nor do I claim to be an authority having all of the answers...

Oh, no, my intent was WAY more devious than that...

My point had to do with human nature, virtue signalling and tactical decision making.*

The conversation that I want to tell you about deals with someone making a statement about public safety regarding driving on the road.

Here's how it went:

"Why aren't we doing something about people's safety?!"

"You know?! We should be doing everything we can to keep people safe on the road!"

"Do you drive or take the bus to work?" I asked.

"Do you drive or take public transit to work?" I repeated.

"Drive of course. I have a Prius great gas mileage AND better for the environment"

"Why don't you take the bus?" I inquired.

"Could you if you had to?" I pressed.

"Well, yea I suppose, if I got up really early and didn't mind coming home at 8pm every night." She considered.

"Ok, so you're telling me that it's possible, but really inconvenient then, right?"

"So, your willing to sacrifice the environment, your safety and the safety of others for convenience and money then?" I say with a bit of a smirk.

"NO!" She quickly retorts.

"Well, you just told me that you drive to work when you could take the bus." I responded matter of factly.

"It would be safer for you and others. It's better for the environment and cheaper too." I added.

"You are 4x less likely to get into or cause an accident if you ride the bus. Taking public transit, especially with the new electric and/or propane fueled buses leave a much smaller carbon foot print than if all its passengers had individual vehicles." I said.

She quickly changed her tactic to personal safety...

"Not to mention I don't feel safe on a bus. I feel like I might get mugged or worse." She quickly adds.

"You're probably right." I say.

I go on"You, like me, make the choice to put ourselves and others at risk not so much because of convenience and cash as there are only limited resources forcing us to choose."

"I get it, it's a calculated risk... That's life. Embrace it. Don't deny it or cower down because of it. Make your choice one way or the other knowing the risks and sacrifices. There's not a scenario where it all works out perfectly. Do the best you can." I conclude.

"Don't be so cold. It is not like that." She says brushing me off and changing the subject.

"No, I'm saying that there aren't unlimited resources, time, money, energy. We have to make choices the best we can. That's all."

I'm not saying that one perspective is right and the other is wrong... I'm saying that life is messy. There's a lot going on at once. It's not exactly like in the text books or models, where you can isolate something and come to idealistic conclusion.

You may gain insight and knowledge, but when Life steps in and other factors come into play things get a bit more challenging.

With Life, comes choice and risk, and costs and yes, sacrifice.

Even when the stakes are high we often have to choose. Remember? Price, Service and Quality... Pick any two.

It's not easy, especially when it really matters. It's difficult to have clarity.

When I do this it effects that... And that effects these other things.

You can't have it all. There are risks that go with everything. Some are more obvious than others.

Some people have greater sensitivity to risk than others. Some societies and times do too.

We are currently in a society and age where we are very adverse to risk. We are also into virtue signalling and trying to show everyone how good of a person we are.

...We think that if we try hard enough we can have more control over things  than we actually do...

If we can't have control, we often pretend we do at almost any cost. Even if it doesn't really work.

This email is simply about keeping your eyes open when you make choices.

Understand that however we choose, those choices come with costs, sacrifices and risk.

So, what's the right decision?

That's for you to decide my friend.

The Value of Life

It all does come down to the Value of Life... But even that is not as easy or straight forward of a question as one might think.

Do some want to trade cash and convenience for people's Lives?! I would hope that's not the determining factor for how they came to that decision...

I hope that our leaders aren't shutting things down only to exert totalitarian control, or for political gain.

Could either be true?!

I suppose so, but that is conjecture as well.

We have more things that we cannot control than that which we can.

I'd like to give people on both side more grace than that. Either way though. My main focus needs to remain on seeing solutions in context of what I CAN do. Understand the choices that are available and move forward.

Make my choices the best I can and not get caught up in everyone else's drama... Much of which I have little or no control over.

The more I can let go of all the other mental baggage, the more room I leave myself to make better decisions and provide for a more Peaceful Life amidst all the chaos.