Heartbreaking Seeing Her Fight Back the Tears... 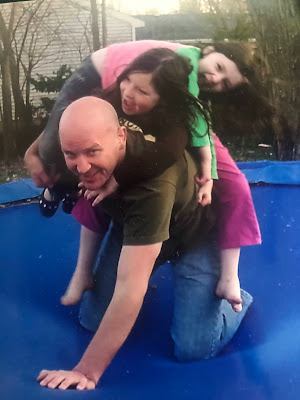 Lia on top, Ella squished in the middle & yours truly on bottom.

When I was off on my run, I was thinking about something that happened to me a few weeks ago...