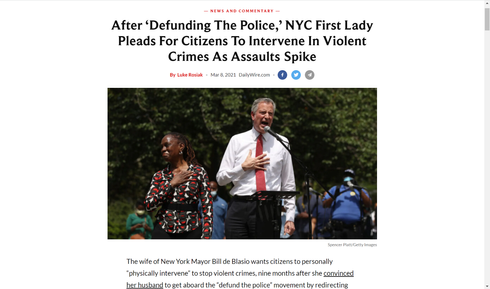 A Word From Our Community...

In response to one of my emails, a few of our community members took the time to write to me.
Some were just concerned citizens, others were from our law enforcement community.
Here's what PT a recently retired police officer had to say...
Where's the Cavalry?!
"Just read your latest email.
First, hope all is well. I haven't seen you in awhile and I hope things are all good in your world.
In reading your email I thought of sharing some material that you may want to share with your students. If not aware of this(any many are not) April 1st of this year Michigan passed Jail reform and bond reform. This is causing officers throughout the state to "not arrest" due to stipulations in the new reform. Do not read the reform documents if you have blood pressure issues lol =) it may cause your blood pressure to rise.
In a meeting with Grand Traverse County Undersheriff 2 weeks ago we were speaking on this topic. He indicated he was at a conference with a Wayne County police administrator inn September of this year. This individual said that due to jail/bond reform Wayne County has roughly 300 murder 1 suspects walking the streets.
Isn't that crazy?! As you know police are rarely Johnny on the spot, unless you are speeding or running a red light...then there are 3 just sitting there ready to spring into action, lol =).
My point, (to steal another trainers quote) more so than possibly at any other time, you gotta be your own Calvary.
As noted I wasn't sure if you were aware of the new reform. This reform = the absolute need to train so as to be their own cavalry.
Didn't know if this information might inspire conversation with your students and maybe you are already 5 steps ahead of me...just thought I would share.
Again I hope all is well stay safe.
Oh and I retired from Law Enforcement last July. 24 years was enough. Now I have a cozy Monday-Thursday office job in local government.
Take care buddy!"
Pleads for Citizens to Intervene
Another community member wrote in to me earlier about an article they read from earlier this year about New York Mayor Bill de Blasio's wife asking citizens to "physically intervene" to stop violent crimes. This comes after her (and her husband's) support of the 'defunding the police' movement.
*This article was featured in March 8th 2021 of The Daily Wire, a conservative news outlet.
Now, I'll be honest, I don't read that news source, however I do know that crime across the nation has risen significantly this past year. This is due to many factors: The pandemic, social unrest and political polarization and division.
It has also been caused by other things such as law enforcement policy changes, a drastic reduction in the number of officers policing our communities, a result of both officers leaving the force (early retirements and simply quitting due to current affairs of the profession) and severe difficulties hiring new recruits (not many folks want to be a cop now-a-days).
This is happening all over our country. I see it right here in my own town, (Grand Rapids, MI).
Fear Not!
Hopefully you know by now that I'm not the doom and gloom kind of guy. Even with everything that's going on, ironically, we are still living in the best time in history...
However, pay attention. Be aware. Choose to be cautious, not fearful...
And...
Get training!
You probably knew I'd say that... Regardless, it's still true!
I've said it before and I'll say it again, "dig your well before you're thirsty."
The time to be prepared isn't after something happens to you.
What kind of training do you need?!
There are so many approaches to choose from!
Shooting programs, Krav Maga, BJJ, others?!
What do you do?!
Are there better methods than others?
Yep!
How do you know which to choose?!
Most don't know...
Unfortunately, even many who claim they do, don't either.
But I'm not even going to go down that road.
I CAN SAY THIS...
Do you want to learn a proven method on how to deal with this wide spectrum of conflict and violence that you're likely to really run into today?
Do you want to learn how to be your own Cavalry, so to speak?
If so, than you might consider becoming a Private PeaceWalker Member.
Once you do, you'll get the 'insider information' to all the training you need to protect yourself (and others) from the types of situations you're likely to run into in your world.
You'll see the inner workings of how to live a more confident, less stressful life.
Not just learn how to shoot or be a martial artist, but...
Become a better Protector.
Become what I call a PeaceWalker.
Something that once you develop, will be there for you when you need it most. Just like it has for me and so many of our community members over the years.

I invite you to take the first step with my Free Home Study Course 6 Day Defense.
Here's the link:
https://sixdaydefense.com/
Keep Going,
~Craig