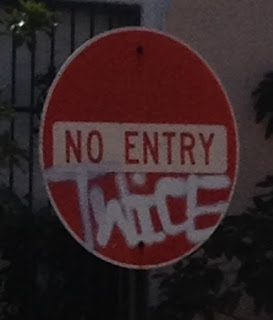 For those who don't know me yet, I'll tell you that one of the things I've wanted to do since I first saw a Windjammer Brochure in 2000 is one of these Barefoot Cruises! It was something that I'd dream about, much like a Buffet song, it would help out during times of work stress. A fantasy outlet! Time came and went and before I knew it it was 2016! Yep, 16 years later. A lot happened in the middle of those years (as all years!), but in June, I finally said screw it, I'm going! I just had a decent sized contract come in. I was doing alright on bills and I had enough in my bank account to put a down payment down on the trip. I'll tell ya folks, hadn't I paid that down payment, I wouldn't have gone. Yet another year would have passes by.

So what's a barefoot cruise? Great question! A barefoot cruise is a trip on a small sailing ship (in this case a 125' twin mast schooner). This particular boat will be home to 8 crew and 16 passengers. Flexible, relaxed island agenda. Sailing to the small places with minimal tourists, maximum awesome! No big cruise ships here! Unbelievable beaches, water and hidden coves to explore, minus the hustle bustle of crowds and touristy routes. 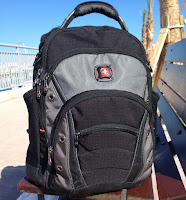 I wake up slow, wash up, pack my gear - 12 days, one backpack. That includes all of my clothes, 6 books (BTW, that's about 3 too many!), my journal, toiletries, electronic gear, flip flops, hat, etc. Yep, everything I needed... and more!

For those adventure travelers who are interested, I'll write a blog about what I packed and how I fit it all in to my ONE CARRY-ON luggage piece! Yes, you skeptics it is possible, I had MORE than I needed for the trip. I could have cut a number of items out and have been fine! Don't believe me?! You'll have to catch that blog to see how I did it!

When I travel, I like to walk when it makes sense. This gives me a better feel of the area, the people and helps me to connect with the experience more deeply. I planned this aspect of the trip when I booked my hotel. It looked like a reasonable hike from my hotel to the marina where the boat was docked.

That morning I repacked my flip flops, put my merrells back on , grabbed my gear and headed down the road. By the look of the map, it was a straight shot from the hotel to the marina. Only about 1 1/2 miles. If I kept the ocean on my left and went just passed the bridge to Paradise Island, I'd be there in less than hour.

I walk straight through the tourist district downtown Nassau. I can see the huge ocean liners docked in the water. Each one holds thousands of passengers! A slice of hell if you ask me, but to each their own. The shops I passed by were no doubt catering to the people who came off those ships: Gucci, Polo, Ralph Lauren, Dakkar... You get the idea.

In a few short blocks, I was in what probably was the old tourist area of town. Boarded up buildings, for sale signs and gang graffiti replaced clean facades, new pavement and tourist cash.

Step by step I followed the ocean shore until I finally came to the marina. I found that it is best to look like you know what you're doing when you are wandering around (maybe a guy thing!?). However, don't be afraid to ask questions. In fact, this method seems to work so well, that two different people asked me for directions. When I got to the marina someone asked me which boat was mine! (If they only knew how much I get lost!)

I could see what had to be the boat's masts. It was the only ship in the yard that had old school twin masts standing high and proud 100' in the air. I confidently go through the gated entrance and walk out on to the dock toward where I figured the boat was. My deduction proved correct.

As I approached the ship (I use boat and ship interchangeably, we'll cover the differences later!), what I assumed to be the crew were buzzing around doing their thing. They were much younger and more relaxed than I had pictured in my mind (which is pretty much the norm now-a-days!).

I walk passed the "only board if invited" sign, on to the gang plank to talk with someone. I figured I was more than invited, I paid a good deal of money to sail with them. No sooner than my big toe touched the deck, a young blond gal in her late 20's / early 30's (every year that goes by, I have a harder time judging peoples age!) about had a stroke, trying to shoe me off the boat. She had the same demeanor as the "Do NOT Approach" lady from Westside who thought I was a homeless person asking her for money. Click here for that funny story!  In a blink a couple of the other crew members start in on me as well. Although they were a bit more "even keeled" (pun intended). I slowly back off the vessel, which seemed to put the young gal at ease.

He looked a lot like a modern version of one of his predecessors from "Black Sails."  Later, I would find out that his name is Ben. He was jovial enough as were the entire crew once I got to know them.

"Yea, I know, but it said we could stow our gear here anytime after 11am."

"No problem." He says looking my name up on his wadded up piece of paper with the passengers names on it.

I thank him as he explained where I could go to get some some provision. I start walking off, but I see he's not putting my gear on board. I ask about it and he replies,"Oh, we just leave it here dockside. Don't worry, we'll keep an eye on it."

Oh, no no noooo. Me no likey likey! So my pack w/all of my stuff, clothes, keys, a fair amount of $$, electronics, travel and hotel info, etc... left dockside, literally inches from being knocked in the water or someone walking away with it!? I don't think so! Call me paranoid, but no, I don't feel comfortable with that! So, I do an about face, pick up my gear and walk back to the marina.

He says it twice before I turn around to talk.

Ben tries to assure me that it's cool and the bag will be fine. I on the other hand am not about to leave all my stuff there unattended. I nicely decline his offer and tell him I'd feel more comfortable having my gear with me.

I'm sure he and the rest of the crew are talking about the uptight tourist, but if you ever been stranded a few thousand miles from home w/o your gear, you'd understand!