The Bahama's a Stone's Throw Away 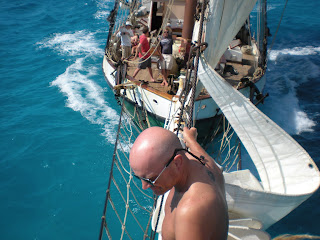 First night on the boat was a blast! Ended up hanging out w/the crew. We went to a local place they called 'the fish fry' (catchy I know). And what a place it was! We were the only non-locals. It was like one of those bazaars you roll into overseas. People everywhere! Music blaring! Motorcycles and cars rolling through the crowd. Fish shacks lined up back to back along the water. A crazy place!

We went to 'Sonny's', a favorite of the sailors.  Sonny and his wife are in their 70's or 80's and are down there everyday selling their specialty conch delights! He was very proud of his place and was a wonderful host!

After grabbing a bite to eat and a drink or two we headed to a soccer game. The rest of the night went by quickly. A great start to my travels! 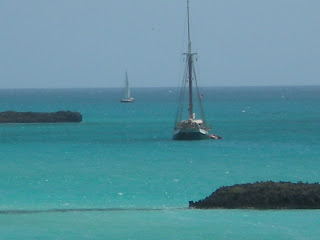 The water here is so beautiful! Shades of bluest blue and greenest green... unbelievable! We set sail for a few hours. It certainly is a beautiful sight seeing the ship under full sail! 8.5 knots, the rock of the boat, warm sun, nice breeze... Good for the soul! 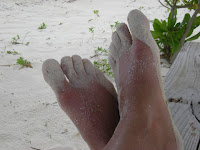 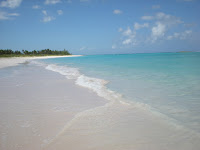 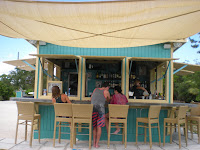 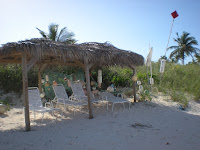 After a day of relaxing on some of the most incredible beaches known to man. Sapphire water, powered sugar sand and no other people for miles I swam back to the boat to watch the sunset! 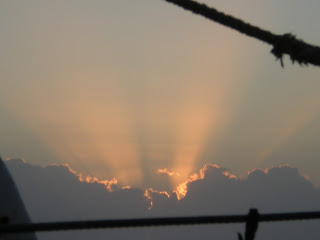 You'd be right if you're thinking that these pics don't do this moment justice. If you haven't experienced a sunset out on a sailboat in the middle of the Caribbean don't wait! Life's too short to miss out... 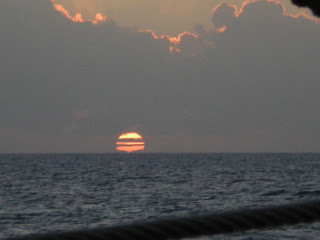 Captain Rob (Yes, many Capt. Ron jokes ensued throughout the trip!) gave us an astronomy lesson with his wicked cool super laser pointer! It was really unbelievable! (Yes, I do think it was the same one that Auric used on Bond in the 1964 movie Goldfinger). 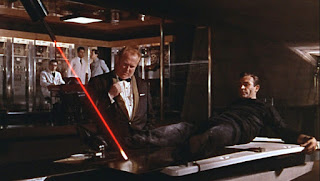 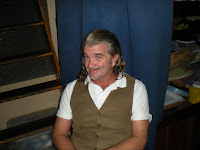 
The moonless sky was so clear that you could easily see the milky way! There were so many stars out that some of the constellations were hard to find! It was like being in a planetarium only better! 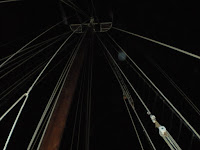 This morning climbed the rigging up the main mast to the crows nest some 90' feet up. Palms sweating, heart pounding, jittery... Breathe, go hand over hand, focus on now! One step at a time. Keep going, don't stop, you'll make it! If someone can do it, I can do it too! 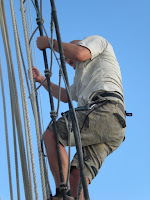 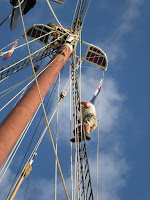 Kyle (one of the sailors) climbed this like a monkey. He felt at home just 'hanging' around. Crazy! Me, not so much! =) 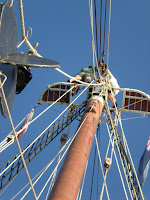 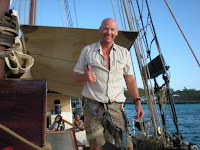 The view up top was breathtaking!

We sailed through a place called 'Current Cut' part of the Eleuthera Islands. They said it was rather technical to navigate it. It's only about 300' wide at the waterline, however underneath the water, the "cut" is less than 125' wide at high tide. This cut allowed the keel of the ship to pass without grounding. Captain Rob made the pass look effortless. 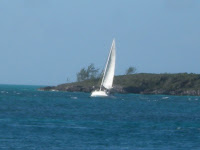 Later that day we arrived at Glass Window. It was once a natural rock bridge that separated the  Atlantic and Caribbean Ocean. The stark difference is profound. Master & Commander meets Captain Ron. Beautiful! The cliffs were incredible. Maybe 120' or so. You could see for miles! 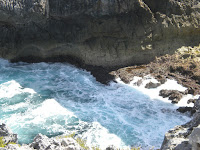 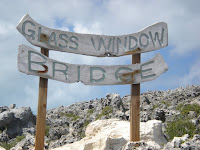 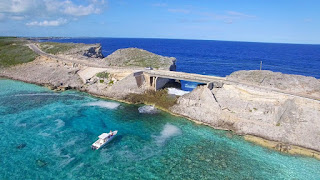 The moon pools were cool too! An area where the ocean cut away the rock into these circular formations, like bird baths. At night they reflect the moon in each pool... Thus the name! Too bad I didn't get to see that! 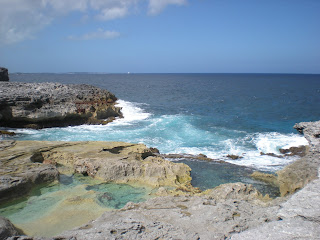 After hiking back to the beach I took a quick dip to cool off and then swam back to the boat. Much to my delight, the crew rigged a Tarzan Swing off the aft mast of the ship. Much fun was had by swinging 20' or so off the rope and into the warm turquoise water! It was like being a kid again! The day wrapped up wit a jam session with the crew and guests! Another fantastic day sailing the Caribbean!

Sailed through the night and anchored off from Rose Island where we snorkeled (OMG!), swam some more, chilled and saw Gilligan's Island! Yes, that's right, I did say Gilligan's Island! The very island they used for the main picture of the original B&W series. Later, when they went color, they used an island near Hawaii. 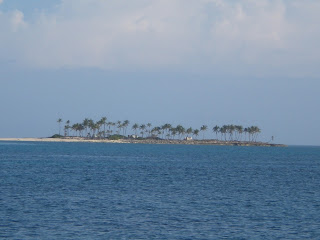 If you look close, you can see Mary Ann making banana cream pie!

Sailing was great! It was pretty much what I was expecting. I'm glad I finally did it! No, I didn't touch on much of what I did on this trip, you only get a flavor! Many things will stick with me for a lifetime, but my favorite has to be sitting on the deck watching the sun set and the stars come out! There aren't words to describe that!

It was cool sharing that world for a while. The crew had something going on that was addictive. They loved what they were doing and it showed in everything that they did! Vibrant! Alive! The ocean and sailing is deep and rich in history and tradition. The skill each of the crew demonstrated was impressive. We admired seeing them in their element... and being a part of it even if only for a moment.

After getting off the ship, I stayed a couple days at this fantastic place called 'A Stone's Throw Away', another place that I recommend you go if you ever get the chance! You won't regret it! 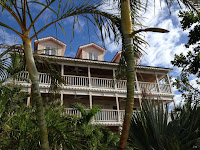 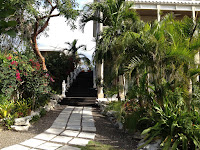 Well, that's it for now intrepid travelers! Thanks for sharing some of my journey! Until next time! Remember...

“To know the universe itself as a road for traveling souls.”


All the best,
~Craig