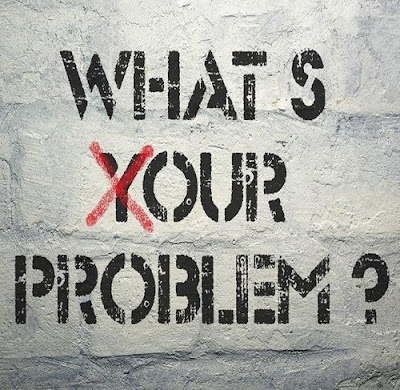 Do you ever wonder if anyone is listening? Does it ever feel like you are just floating in a sea of isolation? Alone and vulnerable.

We strive for connection. We strive to know that we are going to be alright... That someone has our back in this sometimes big scary world.

Even the thought of going to war feels good in a weird way when you have your com padre' at your side. In our relationships we want to know that the other person is in our corner and is there for us if we needed them. We want to belong to something bigger than ourselves. That it all somehow has a purpose. That it's worth it. That WE'RE worth it! Worth the strife, the work, the trouble, the toil. Worth the good, the bad and even the ugly that we all have gone through and will go through during our lives.

Feeling connected and that we belong is a HUGE need that we have as human beings. If you want to be a good leader you have to have a connection with those that are by your side.The better sense of connection you have with the person or group, the easier it is to manage conflict, work out your difficulties and come to a resolution. This is One of Our Biggest Troubles...

One of the major hurdles that we currently have in our country and communities is that we seem to be feeling LESS CONNECTED! That feeling is causing a lot of conflict and MAKING CONFLICTS WORSE.

Police don't feel connected with the communities that they are protecting.

Citizens don't feel connected with the police who are there to protect them.

Women aren't feeling connected with men in the workplace.

You get the idea... But You Don't Understand... It seems as if everyone wants everyone else to understand them.

I get it! We want to be understood and respected. And when we don't feel understood, listened to, respected and protected we begin to push back. And we're experiencing a LOT of PUSH BACK right now.

I'm not a sociologist, but I think we are in a really interesting time!

A time of change!

A time of power!

A time of growth!

A time where we have a lot of opportunity!

However, I find it interesting that although we live in a time where we are more connected  than ever before, in many ways we feel more disconnected and overwhelmed than ever.

(1) OUR TRIBE IS EXPANDING!

Which brings us to the thing that is responsible for this...

The same thing that is helping to bring more information and positive connection is also the cause for bringing these negative things to light too..

We are striving for respect, to feel recognized and appreciated in an ever growing tribe. We have more connection, yet feel disconnected, raw and exposed...We want to know that we matter and we will be protected as we are. As police, as citizens, as gay, as straight, as conservatives, as liberals, as black, white, Jew, Muslim, rich, poor, etc. etc. That our LIFE has VALUE and will be respected. That we will be treated with dignity and respect beyond our labels...

We're fighting over respect and recognition. Safety and security. We are fighting over dignity and human rights, but we are looking through our deeply held labels that we see as our identity. We think we are saying, "respect me as a person." But that's not what we actually say. What we end up saying is, "respect my label, my assumed identity." Respect my straightness... or my gayness. Respect my religious perspective. Respect how I believe and who I believe I am... because that is what I believe to be my identity.

So when you disrespect my label, belief or what I value. I perceive that you are not respecting ME!

We have a bit of an identity crisis. We cannot even separate our own beliefs and relative values from our Life Value. Not everyone is going to like or necessarily respect our relative differences. But here's the thing...

We don't have to!

I don't have to agree with or like the things you do. However, if I disrespect your value as a human being up to and including violence. That's not right and will be typically met with resistance and more conflict. I have to separate your Life Value from all of that.

We have to look beyond our labels...

Our paradigm is shifting. It has to in order to accommodate our growth. It is time that we see beyond our relative differences to the one thing that really connects all of us...

We Are All Human Beings...

Maybe if we first saw each other as living human beings and we held that value first... Maybe by holding that connection as the fundamental launching pad for everything else, it would be easier to work through all our differences? I don't know, but it's a good place to start...

Yes, of course we have differences. It would be boring if we didn't. Our differences make the spice of life! But our strength is by recognizing our sameness, our common similarity. That's where our true power lies when it comes to working out our differences.

You want to get above the argument? You want to get beneath to the foundation of conflict resolution? Start with the Value of Human Life! Connect with THAT! The rest is Just Details!

One of the major benefits of being part of the PeaceWalker Movement is not just the loads of great information that you'll have access to...

It's really about being connected with a Community of good people.

So, to help accomplish that, I have set up a private facebook PeaceWalker Community group that will be open for members in the near future.

Being part of the PeaceWalker tribe will give you access to all of the training, the tips tricks and tactics.

The MasterClasses are there so you can learn how other PeaceWalkers are using these tools and this perspective to be more successful in their careers and lives.

And how you can too!

...In the meantime, enjoy this wet fall day!!