Instantly Take Down ANY Attacker?! 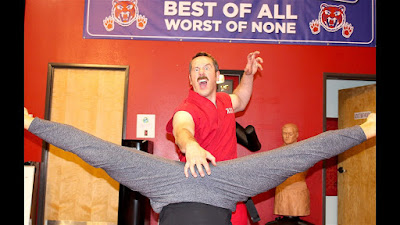 Can you spot the BIGGEST Defensive Tactics Misconceptions being peddled today?

They come in two forms...

#1- We can turn you into an instant invincible bad a$$. Just buy this course!

2. Beat any attacker instantly! No matter your size or strength!

3. Learn the secret Death Blow move in a matter of hours and transform your hands into deadly weapons when the time comes to defend yourself in a life or death confrontation.

4. 15 ultra-vicious show stoppers designed to end any confrontation in 4-7 seconds. Simple moves that you can get by watching just once and yet have for the rest of your days.

5. A covert weapon so powerful it can take down any man of any size in an instant. Enough for multiple attackers too. (...Isn't that called a gun?!)

(Yes... sadly these are actual tag lines I just copied and pasted from the web.)

The media will spread the doctrine of fear and paint a picture that the world is on the verge of being totally consumed by terrorists, WW3 and the zombie apocalypse.

That every stranger wants to rape, rob or abduct and sell you into slavery...

(Whatever you do... DO NOT GO TO Target or Meijer... Facebook users tend to report that it seems to happen there quite a lot...).

Every cop is a raging racists that will likely shoot you if you're a minority as sure as they'll be at the corner donut shop.

All Muslims and immigrants are criminals, terrorist or people looking to take advantage of our social system.

The largest threat of conflict and violence in your School, Church and workplace is terrorism or an active shooting event...

Are some of these issues realistic?

Are there real baddies and threats out there?

Should you train and be prepared?!

How bad are things really?

Not nearly as bad as our fears, the media and unscrupulous marketers would like us to believe.

As does programs that give us relief from those fears!

It's easier to capitalize on people who believe all of the lies and are 'all lathered up,' as my grandpa used to say.

Actually, it's about just the opposite!
.
A realistic yet well balanced approach.
.
Training REAL People for REAL Threats in the REAL World!
.
Here's the deal... each week there is a new guru peddling a new tip, trick, or hack on the corner of the Facebook and internet world.
.
They all claim to give you some secret sauce that no one else is using for instant Bad A$$ness, invincibility and fixing all your problems.
.
NO Hack will solve all your or the world's problems.
.
You're NOT going to watch any video or buy any weapon to instantly become invincible... or keep your kids 100% safe.
.
The answer is SIMPLE, yet not necessarily easy... If you don't know what to look for.
.
But it's an ongoing process...
.
It's about developing a Protector's Lifestyle...

Having the Clarity Courage & Skill to deal with the conflicts inside and around of each of us.

We have to continually build on our:

It's simple, but not easy!

Stick around as we explore more of these things in greater depth to continue to grow and lean in to this idea of being a PeaceWalker.

I'm glad your with us on this journey!