Is This the Calm Before the Storm?! 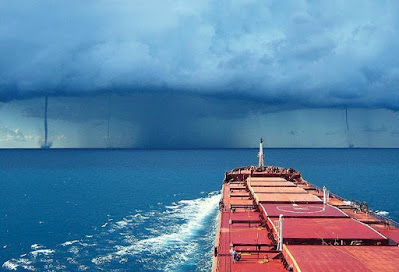 Those who know me understand that I'm not one of these doomsday, prepper, conspiracy theorists, alien abduction, zombie apocalypse fear'n kind of guys.

HOWEVER... =)
There are many experts who are thinking that we may be experiencing the calm before the storm of what's coming regarding (more) government control and (potentially) violent social erosion & unrest.
And I have to be honest here...
It has me a bit concerned as well...
I'm pretty level headed and 'moderate' when it comes to things like this, but with what we've experienced in the last few months, there is good reason to be vigilant at the very least.
There has been a lot of change and with change comes conflict. There is still a lot of uncertainty with some big issues coming up on the horizon:
~ This pandemic
~ The November election
~ The economy
~ Government control & power
~ National efforts to de-fund our police
~ Social/political movements that are sweeping people up to draw sides
~ Social media wars
~ Informational overwhelm and regulation
It goes on and on...
Is It True?!
Are we headed for even more violent times and social collapse?!
Yes, social unrest is already upon us, but is civilization as we know it crumbling?
Possibly...
Although I'll still take the more optimistic side of the debate...
Either way...
What Should YOU Do?!
Spend your time obsessing and researching your fears!?
How about trying to convince people either that things are happening or things aren't?!
Ignoring everything and go about life as if none of this is happening!?
Go 'full-on' prepper!?
The way I see it, you can go over board in either direction. You know: Gung Ho vs. Gun Shy
A) Being too paranoid prepared.
B) Not being prepared at all, basically burying your head in the sand.
As Usual...
I choose the middle route...
A buddy of mine calls it, being...
AWARE-A-NOID!
Just North of Aware... Just South of Paranoid! =)
I know, it sounds pretty funny right?!
But, it also has a lot of logic to it.
Be smart. Be healthy. Be optimistic, but be prepared! Not psychotically so, but in a positive, balanced way.
(However, it never hurts to have some prepper friends who'll let you into their survival compound if I'm totally wrong and the aliens do land or the zombie Apocalypse really IS upon us! ...just sayin'! =)
Here's What To Do!
Be prepared, only in a healthy way.
Live your life, but do what you can to be ready if things get worse than they are right now.
Learn how to protect yourself and family. Stay healthy. Work out. Eat right. Get some rest. Keep your relationships in order. Get your finances under control. Store a little food and water. Have a plan if sh*t hits the fan. Etc.
Yea, there are more things to know and do to prepare yourself...
Matter of fact, in the PeaceWalker Private Membership, we have a whole module and guidebook dedicated to surviving social unrest. 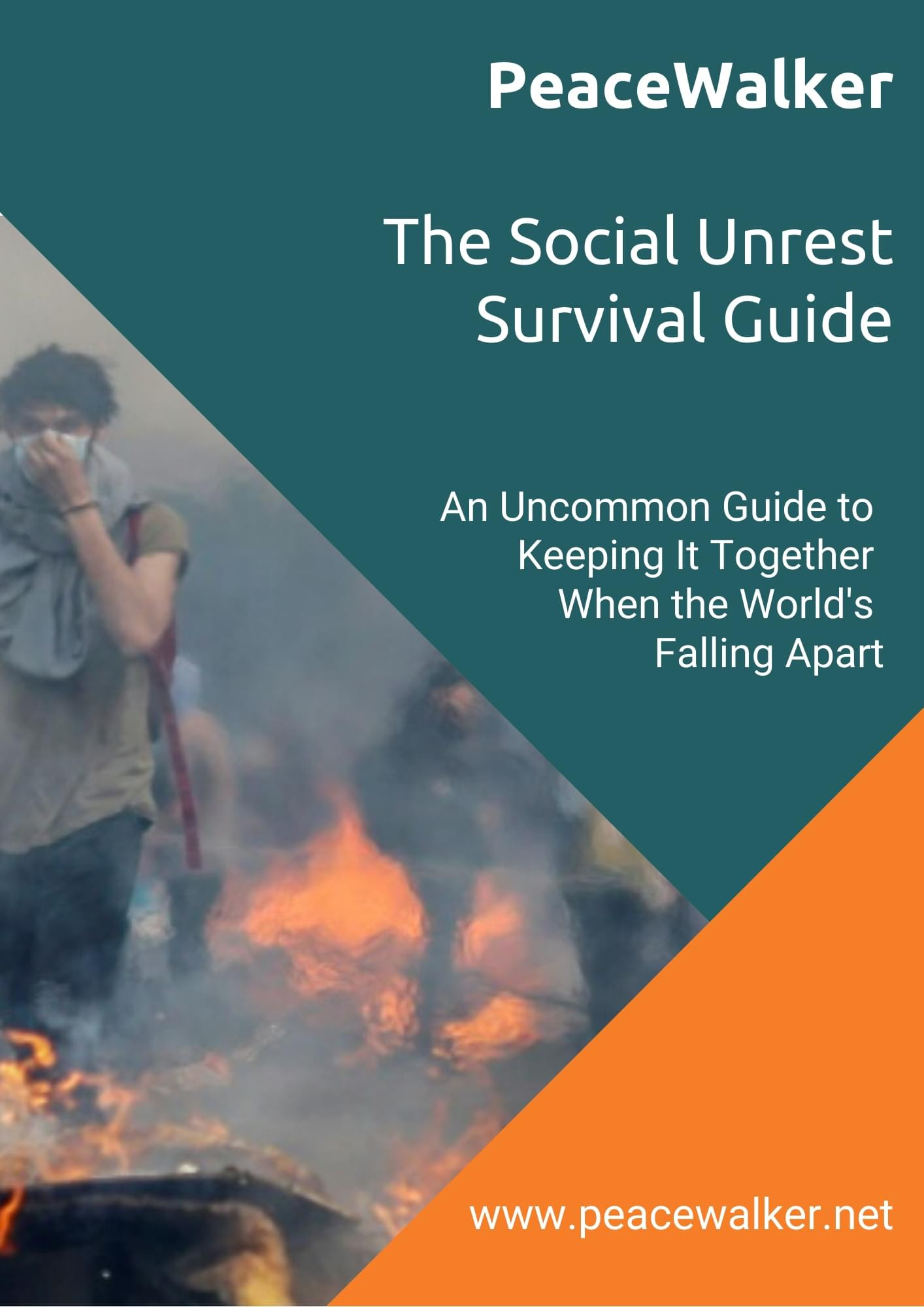 Caught w/Your Pants Down!
As my dad always said: "The best time to dig a well is BEFORE you're thirsty!"
Same holds true now!
Don't wait until after you need training to get training.
I'm not saying this is the Calm Before the Storm...
But...
Many experts out there are convinced this is the case!
Regardless, there's plenty of conflict out there already!
So, I'm just saying don't get crazy, but be prepared for disputes and violence BEFORE you end up needing it for yourself or protecting your family!
Your Time's Coming...
Being more prepared isn't a bad thing  regardless if a storm comes.,,
We're human and with humans comes conflict and with conflict violence! That part is a fact of Life and inescapable!
If you want to better prepare for conflict, violence and social unrest, subscribe to my [Almost] Daily email. You can follow me on my protector journey and I'll even send you free tips, tricks and tactics on how to better protect yourself and those around you. Learn how to build a Protector's Lifestyle and become what I call a PeaceWalker. www.peacewalker.net
Keep going,
~Craig