My Uncle Has a Country Place No One Knows About 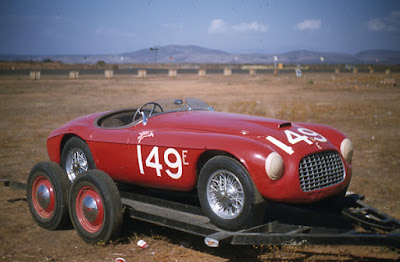 I'm going to take you back to1981. My brother (3 years older than me) turned me on to numerous bands: Kiss, ac/dc. Led Zeppelin and Robert Plant, Van Halen, Black Sabbath and... RUSH!

We lived on the WestSide of Grand Rapids, near Richmond Park. Back in those days I would still often go to the store with my Mom. We'd go to 'Little Meijers.' It was the last of the smaller grocery stores of the Meijer chain at the time. It closed down only a few short years after the time of this story.
Little Meijer was only a few blocks away from our house, may three quarters of a mile or so. It had a tiny... and I mean teeny tiny little 'music section', made up of a handful of albums (you know, vinyl records), a few cassettes and some simple electronic stuff. If you looked up on the top shelf shoved in the corner, you could still find an 8 track cassette on clearance!
Anyway, I saw this album, new and shiny...
RUSH Moving Pictures
My little tween brain said... I NEEDED it!
I wasn't even really sure why, only that I knew my brother liked Rush and one of my older friends Rusty who I played drums with in a band, LOVED them.
I saved my allowance and the money I made from shoveling snow and mowing lawns and bought the last record in stock!
I remember being sooo excited as I put it on my Emerson turntable (couldn't afford a Pioneer, JVC or Kenwood).
Yes, of course I rocked out to Rush's big hit Tom Sawyer, but what song sunk up on me was Red Barchetta. It had an unusual harmonic opening, subtle, yet powerful melody and a story that really resonated with me for some reason.
My Uncle Had a Country Place...
The song's lyrics tell a story set in a future in which many classes of vehicles have been prohibited by "the Motor Law". The uncle has kept one of these now-illegal vehicles (the titular red Barchetta sports car) in pristine condition for some "fifty-odd years" and keeps it hidden at his secret country home (previously a farm before the enactment of the aforementioned Motor Law).
Every Sunday, this guy sneaks out to this location and goes for a drive in the countryside, which he describes as "his weekly crime".
During one of his drives, he encounters a "gleaming alloy air car" that begins to chase him along the roads. A second such vehicle soon joins the pursuit, which continues until he drives the Red Barchetta across a one-lane bridge that is too narrow for the air cars.
The song ends with the narrator returning safely to his uncle's farm...
And one of the lines that sticks with me especially now a days...
"To dream with my Uncle by the fireside..."
That Doesn't Seem So Far Away
At the time, that song spoke of some futuristic land. A place and time that was reserved for science fiction. A place where there were social restrictions and things that we once took for granted were against the law.
Seemed pretty far fetched at the time...
Hmmmm....
Doesn't seem so far fetched now.
Maybe I'm just being nostalgic...
Old school...
Or just plain old...
But, here we are all the same... A time and place that seems to resembling those sci-fi settings once reserved for movies, books and songs like that one.
I often reminisce about times gone past.
I had a great childhood in the 70's and 80's and you know what?!
I would like to still believe that the best is yet to come!
HOWEVER...
There's a lot going on right now (there always is!) and you want to be prepared for those things.
So before you get the chance to move out to the country place no one knows about...
and even if you already are...
You may feel the increasingly urgent need to be able to protect yourself and your family better from the kinds of threats of conflict that we run into now-a-days.
If you want a healthy, empowering perspective of what it means to have more confidence during conflict. If you want to feel you're able to handle yourself against someone who means you harm.
Than I encourage you to consider increasing your skills and deepening your perspective.
This approach isn't one that's easy to find. It's a simple approach, but you have to Keep Going!
Most people need help learning the skills that can change, even save your Life, or the Life of someone you care about.
lf you are at all interested in learning how to protect and defend yourself more effectively from the spectrum of human conflict, that I invite you check out my [Almost] Daily email. Almost everyday I'll send you a tip, trick or tactic on building a protector's lifestyle. Becoming what I call a PeaceWalker.
Click here for more information:
https://peacewalker.net/about
In the meantime have a great day!
Keep going,
~Craig