They Want You Broken 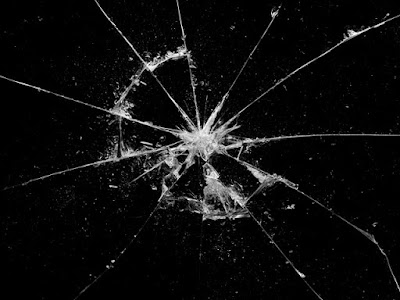 How Do You Stay Un-Broken?

There are a lot of ways to be Broken.
Ethically?
Emotionally?
Physically?
Socially?
Financially?
Psychologically?
Spiritually?
Structurally?
Politically?
Philosophically?
...I could keep going, but I think you are getting my drift.
Most of our unrest, conflict and violence comes from broken people doing broken things. They are trying to feel less broken at the expense of others...
Some of them are scratching an itch that being broken brought on.
There are even some who hold on to their broken-ness so much that they actually enjoy breaking others for their own amusement.
Some people like it when others are Broken, that way they don't feel as bad about themselves.
"I may be bad, but look at THAT guy?!"
or
"See, I'm not that bad."
Logic like that paves the way so they don't have to really deal with their own Brokeness.
Some people make it an unhealthy competition...
"Yea, you think that's bad?! That's nothing... Look at me!"
No Excuse...
Broken people may have a reason for their behavior, but it' still no excuse for doing dastardly deeds, be it common douche-bagery, conflict, violence, or criminal shenanigans.
'They' Want You Broken...
Who are 'They' anyway!?
I don't know if 'they' are real or not... But it can seem as if there is a collective, secret 'They' behind some of these bad things going on.
Regardless, you want to do your best to be 'Unbroken', meaning try to be a healthy, balanced, well adjusted human being w/a good head on your shoulders.
Yes, yes, yes, we all have our own sh*t.... and there are levels of broken, but basically, you must strive to become 'less' broken.
Why?!
Many obvious reasons....
The more broken you are the worse your life typically is.
Broken people are easily manipulated.
(For the record... People who think they're broken even if they are not, are easily manipulated too!).
Broken people tend to be targets more.
Broken people tend to attract and create drama, conflict and violence... and rationalize how they are in no way responsible for it...
You can get Broken and not even know you are until you're far down that rabbit hole.
How do you know?!
You're constantly afraid, entitled, upset, angry, targeted. You're always in the middle of drama, conflict and violence. Bad things always seem to 'just happen to you.'  You don't take responsibility for your own actions. Always play the 'victim' of everything around you. Have an excuse (oh... I mean reason) for everything.
It Can Be Subtle...
Meaning... You don't have to be totally broken. Most of us aren't. We just have small, little parts that have been damaged during shipping. =)
The problem is that these small, little parts can fester and nag, making your life difficult. Holding you back.
These little broken parts can prevent you from being as safe as you would like to be. From feeling as confident as you want to. From being as successful as you want to be.
From dealing with people as well as you could.
How Do You Get to Unbroken?
Simple... Not easy!
You have to train to become Unbroken...
But not just any type of training!
Special training that will help you deal with the conflict inside and outside of yourself.
Training that is rare. Even today... Maybe especially today!
Just look around at all of these folks who are so well educated, yet they are so lost.
We have access to more information than we ever in history, yet there is even MORE unrest!
There are literally billions of people who need to learn how to become 'Unbroken!"
But how!?
What's the Formula!?
If you want to learn how to better protect yourself and your family, you'll need special training!
If you want to become and sustain being Unbroken, then you need to develop a Protector's Lifestyle?
Why?!
Because you'll need new skills on how to develop greater confidence when dealing with conflict and violence...
Inside and around you!
You'll need a closer connection to a community of people who can help you.
You need an opportunity to learn from peolpe who've 'ben there, done that.'
Extra-ordinary folks who can help you develop the right types of tools. Get the right skills.
You need a chance to become a Private PeaceWalker Member.
The membership will be opening up again soon! You won't want to miss it!
Get on the wait list here:
https://peacewalker.net/about
But remember it's therapeutic, not therapy! =)
Keep going,
~Craig