The Hand of Thanksgiving?! WTH!? 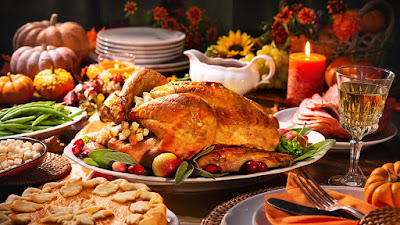 Well, here we are... Thanksgiving Eve!
First, I want to Thank You for sharing some of this journey together. No matter if we just correspond here on-line, we've only first met or we've been walking this path together for some time... Thanks!
I hope I've added something to your Life.
The support of you and our entire community both here locally at the Krav academy and you on-line PeaceWalker folks has me grateful beyond words.
In times where I feel the darkness of uncertainty creep in; you're support has helped anchor and inspire me to Keep Going. And that's powerful in a time when there is a lot of division rather than solidarity.
Remember, you can be the person who changes this. Being the guy or gal that others look to in the thick of it all can be difficult.  It can be challenging to rally at times. But know that you are held by many hands that can't always be seen.
They cheer you on in good times and holding you up in bad.
Sometimes it's obvious who these hands belong to and other times not so much...
Regardless, never forget that they're there.
The Hands of Thanksgiving
A Reader's Digest Story
As this teacher learned, some of the most moving lessons are taught by students.
.
When Mrs. Klein told her first graders to draw a picture of something for which they were thankful, she thought how little these children, who lived in a deteriorating neighborhood, actually had to be thankful for. She knew that most of the class would draw pictures of turkeys or of bountifully laden Thanksgiving tables. That was what they believed was expected of them.
.
What took Mrs. Klein aback was Douglas’s picture. Douglas was so forlorn and likely to be found close in her shadow as they went outside for recess. Douglas’s drawing was simply this:
.
A hand, obviously, but whose hand? The class was captivated by his image. “I think it must be the hand of God that brings us food,” said one student.
.
“A farmer,” said another, “because they grow the turkeys.”
.
“It looks more like a policeman, and they protect us.” “I think,” said Lavinia, who was always so serious, “that it is supposed to be all the hands that help us, but Douglas could only draw one of them.”
.
Mrs. Klein had almost forgotten Douglas in her pleasure at finding the class so responsive. When she had the others at work on another project, she bent over his desk and asked whose hand it was.
.
Douglas mumbled, “It’s yours, Teacher.”
.
Then Mrs. Klein recalled that she had taken Douglas by the hand from time to time; she often did that with the children. But that it should have meant so much to Douglas …
.
Perhaps, she reflected, this was her Thanksgiving, and everybody’s Thanksgiving—not the material things given unto us, but the small ways that we give something to others.
~Taken from the folks at The Reader's Digest
Tomorrow...
So, although you should feel this every minute of every day...When tomorrow comes, be grateful for what you have. Be thankful for those that love and support you. Don't overlook your health or succumb to the fear that can divide us all. Remember, who you are and the sanctity of what you are really Protecting! Walk in Peace and lead by example.
Thank You for being part of my Life in some small or not not so small way!
And finally, no matter what happens...
Keep going,
~Craig
Learn how to protect yourself better! Get started with this simple 6 Day at Home Study Program... There's no cost aside from your time & attention:  https://sixdaydefense.com/
Join Me & Get Started on Your Protector Journey TODAY!