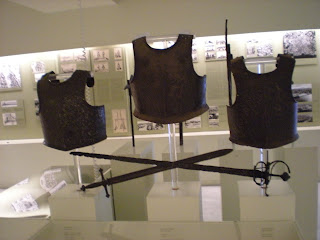 I was out training with Jack Hoban in New Jersey earlier this month. While there I had the pleasure to train with Tony Notarianni a martial artist out on the East Coast. He wrote a great article in his blog regarding Robert Humphrey's Warrior Ethics. He was kind enough to let me post it here for you to read. Thanks Tony!